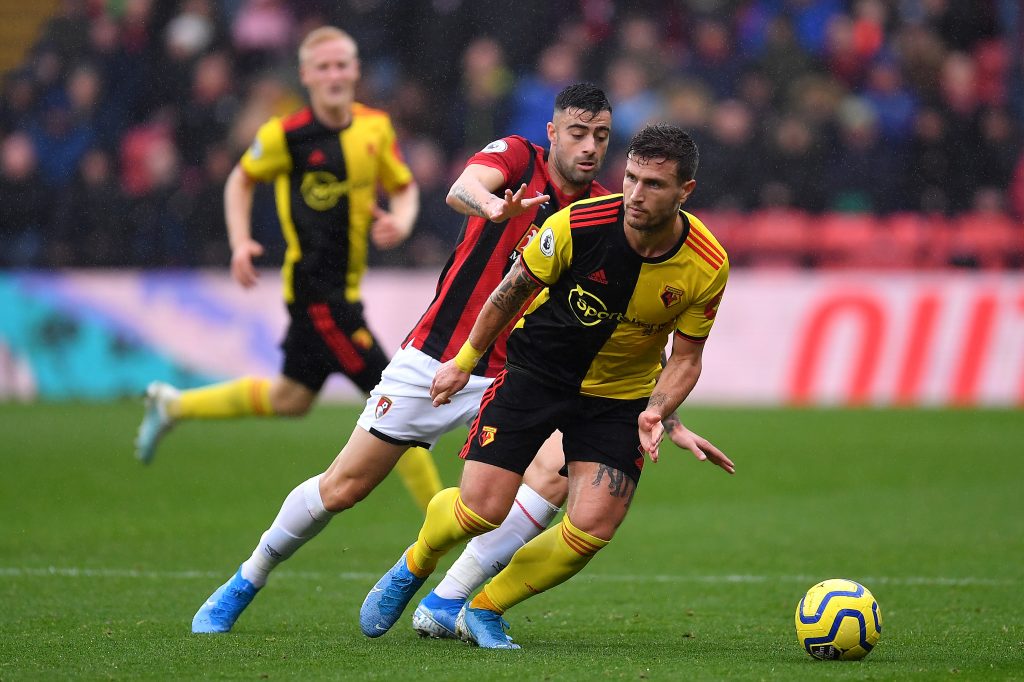 Liverpool have been offered the chance to sign Daryl Janmaat as short-term defensive cover, according to reports from TeamTalk.

The report claims that the Reds are ‘considering bringing’ the 31-year-old defender on board, with Liverpool’s injury crisis further deepening.

The former Newcastle United defender was released by Watford at the end of the 2019/20 season. He has been given a glowing reference by Gini Wijnaldum who not only plays with him for Holland but also knows him well from their time at Newcastle.

Janmaat – who has recovered completely from a knee injury – wants a deal until the end of the season, but he would welcome a short-term offer as well.

The Reds suffered a massive blow this week after Joe Gomez picked up a knee injury and he may not play again this season.

Gomez was injured in training with the England squad on Wednesday. The 23-year-old did not suffer ligament damage, but he has now undergone surgery to repair a damaged knee-tendon.

The club has confirmed that the England defender is expected to miss the majority of the season. With Virgil van Dijk sidelined for a lengthy spell following cruciate ligament surgery and Trent Alexander-Arnold also missing for a month with a calf injury, Liverpool are short of options at the back.

Janmaat – who can play as a centre-back and also as a right-back – could be a handy option on a short-term deal.

Other options and January window

Liverpool will probably use Fabinho at the back alongside Joel Matip, while the likes of Rhys Williams and Nathaniel Phillips could get more game time.

Neco Williams and James Milner are potential options for the right-back role.

Although the general perception among the fans is that Liverpool desperately need to sign at least one quality centre-back in January, the Athletic claims that the feeling around the club is that it is too soon to say whether they would spend or not in the next transfer window with budgets being tighter.

Leipzig’s Dayot Upamecano, Ozan Kabak of Schalke, and Brighton’s Ben White are some of the players Liverpool could target in January.