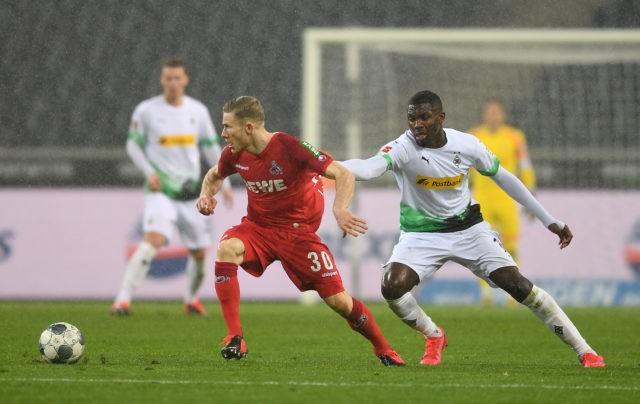 According to reports from German outlet Express.de, Liverpool are showing interest in signing Borussia Monchengladbach striker Marcus Thuram, in the summer transfer window.

The 22-year-old joined Gladbach last summer from French side Guingamp. He is a versatile young forward who can play out wide on the left, and as a lone striker. He has had a hand in 19 goals during his 33 outings – 10 goals and nine assists – and would be a very good signing for the Reds.

The report claims that the young Frenchman – who is the son of France legend Lillian Thuram – is attracting interest from Liverpool. Everton, Arsenal, and Newcastle showed interest in signing him last summer but he joined Gladbach. He could be on the move again, but this time any potential suitor would have to pay a handsome transfer fee of £44 million for his signature.

Liverpool have been heavily linked with a move for Timo Werner, but he would cost around £51 million.

Thuram is two years younger than him and should be more than able to cope with the change of scenery if he moves to the Premier League.

Jurgen Klopp has extensive knowledge of German football and he has done a brilliant job working with young talents. Liverpool are likely to offload Xherdan Shaqiri and Adam Lallana, and Thuram would be a handy replacement.