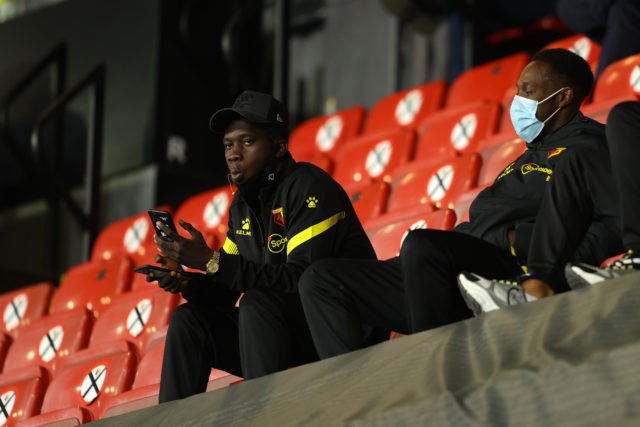 Liverpool started their 2020-21 Premier League campaign with a thrilling 4-3 win against Leeds United on Saturday at Anfield.

The Reds are still a very strong side despite being largely inactive in the transfer market, but Jurgen Klopp probably feels the need now to make necessary incursions to add depth and quality to the side.

However, the Reds may look to offload some of their players to fund moves for any potential arrival. And Klopp may need to make ruthless transfer calls.

According to reports from The Sun (printed edition, 13/09/2020), Liverpool are keen to sign Ismaila Sarr from Watford this summer.

The 22-year-old wants to join Liverpool and the player’s advisors have already met with Anfield chiefs to discuss terms.

The Evening Standard reported last month that the Hornets are ready to fight hard to keep him at the club and will demand a fee in excess of the record £40m.

Watford spent £30m to sign Sarr from Rennes last summer. Several clubs including Tottenham Hotspur, Crystal Palace and Wolves have shown interest in the forward who scored six goals during his first season in England.

Spurs could be another option for the Watford winger, but doubts remain about whether the north London club can meet the player’s asking price.

Liverpool could be looking to offload prodigiously gifted Rhian Brewster to fund the move for Sarr. The report claims that the 20-year-old, who would cost around £20m, could be offloaded permanently, with Aston Villa and Crystal Palace vying for his signature.