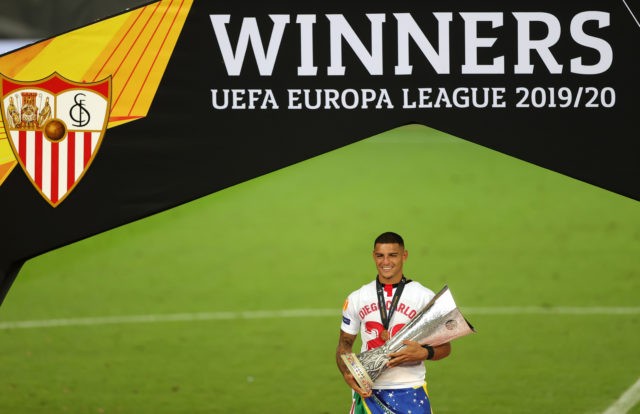 The 27-year-old was one of the stand-out players for Sevilla last season, and helped the La Liga side win Europa League glory and a top-four finish.

However, Liverpool could face competition from the two Manchester clubs.

Sevilla have made it clear already that any potential suitor will have to meet Carlos’ €75m (£68m) release clause if they want to sign him.

The report claims that the Spanish club are willing to negotiate below that asking price, due to the fact that no offers have been submitted yet.

City have previously made an enquiry about signing Carlos, and now Liverpool have joined the race as well.

Sevilla could be willing to offload him so that they can reinvest the money in building the squad this summer.

Liverpool have Virgil van Dijk, Joe Gomez and Joel Matip as their recognised first-team defensive options, following Dejan Lovren’s departure to Russia. Carlos would be a terrific signing for the Reds, and he would be an ideal partner alongside Van Dijk.

Ole Gunnar Solskjaer is also looking to add a quality defender and he could see Carlo as the perfect fit to partner Harry Maguire.