Report: Leeds could miss out on Rangers winger Ryan Kent 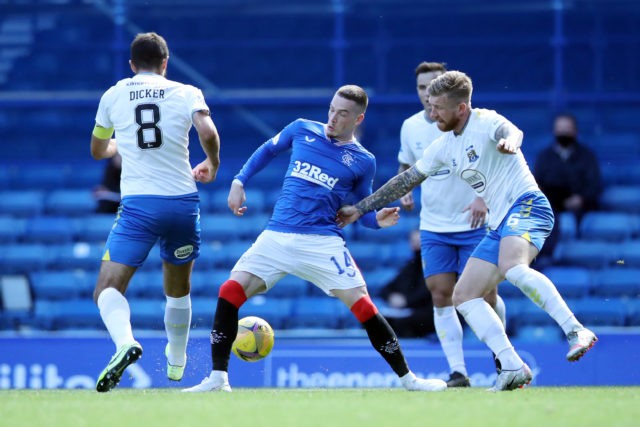 According to reports from The Sun (printed edition, 30th Aug), Leeds’ bid for the 23-year-old winger ‘is in trouble’.

The Gers have already rejected a £10 million bid from Leeds for Kent, and they are likely to say no to Leeds if they come up with another bid.

Rangers fear that they may have to sell striker Alfredo Morelos this summer. And as a result, Steven Gerrard is unwilling to sell Kent unless the offer is too tempting to resist.

The encouraging part is Kent has said that he wants to repay Steven Gerrard’s faith in him by staying at Rangers.

Gerrard is desperate to keep the former Liverpool winger as Gers try to stop Celtic from winning the SPL title for the 10th time in a row.

Kent helped his side stay top of the table with a 2-0 victory over Hamilton Accies last night.

He’s told fans that he’ll continue to give everything for the Rangers shirt.

Leeds secured the signings of Rodrigo and Robin Koch yesterday. According to Phil Hay of the Athletic, Marcelo Bielsa would still be looking to sign another winger / attacking midfielder this summer.