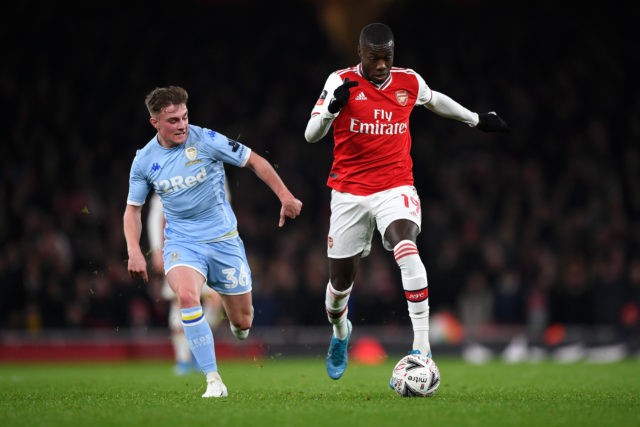 Carlos Corberan wants to sign Dutchman Struijk on loan, while the club is close to signing Gotts on loan as well.

Huddersfield have been linked with a lot of Leeds players following the appointment of Corberan. According to reports from The Sun on Sunday (23/8; page 61), Gotts is set to complete a loan move imminently. And it is claimed that Corberan wants Struijk to join him as well on a temporary deal.

Struijk has made only a handful of first-team appearances for Leeds. However, he impressed towards the end of last season, and many felt that Marcelo Bielsa would give him more opportunities in the upcoming season.

The 21-year-old was signed as a center-back, but he impressed in the holding midfield role.

Kalvin Phillips is expected to play a prominent role next season. Ben White has returned to Brighton, and chances are high that Leeds won’t be able to sign him permanently.

Therefore, keeping Struijk appears to make sense. However, it seems Leeds feel he should go out on loan and play regular games.

On the other hand, Gotts is ‘close’ to signing for Huddersfield.

The 20-year-old only made two appearances in the first team the last term. He was involved in the FA Cup defeat against Arsenal.

Corberan worked with Gotts last season at Leeds and so he knows what to expect from the highly-rated midfielder.

It seems the Terries are close to completing the loan deal for Gotts. He needs to get regular game time under his belt, and Huddersfield could be an ideal place for him to go out on loan.