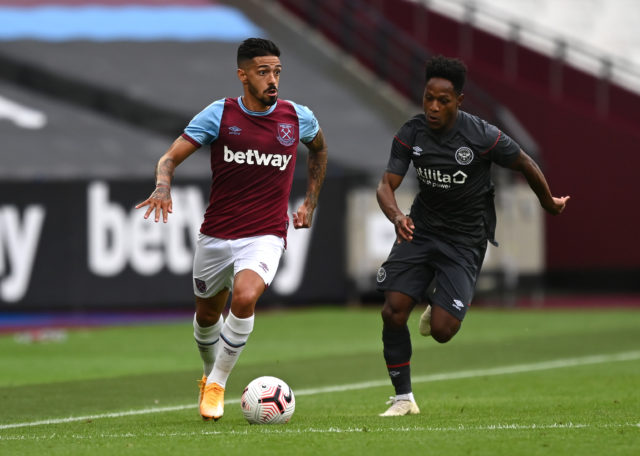 According to an exclusive report from Teamtalk, Fenerbahce have made an approach to sign the 27-year-old winger.

After impressing on loan from Al Jazira club, the Argentine joined the Hammers permanently in 2016.

He quickly became a favourite among the fans and impressed heavily in his first two seasons at the club.

Last season, Lanzini made 26 appearances for the club in all competitions, but he failed to make a strong impact.

The report claims that Fenerbahce have made an approach to sign him on loan, but he is not willing to make the switch.

David Moyes is looking to move on some of their high earners at the club. Lanzini, who earns around £70k-per-week, could be shipped out.

West Ham are operating on a tight budget this summer, and Moyes would be keen to let him go.

However, the Hammers would rather sell permanently and raise some much-needed transfer funds than send him away on loan.

So as it stands, the offer from Istanbul will not go any further.

Lanzini has a contract at the club till 2023, and West Ham can expect to get a decent fee for him if he moves on.