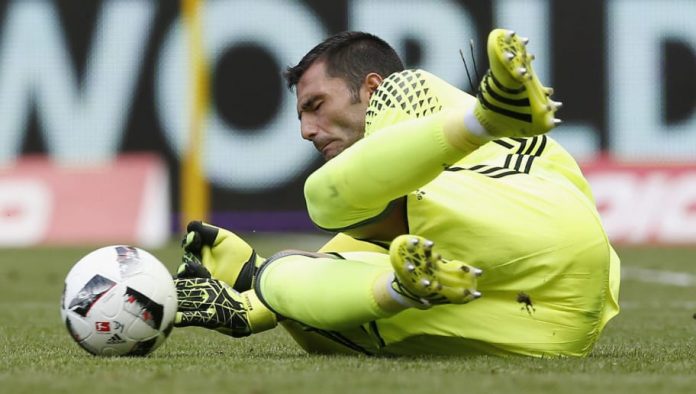 Everton are reportedly weighing up a move for Real Betis goalkeeper Antonio Adán according to Spanish source El Gol Digital.

Jordan Pickford has been decent as Everton’s first-choice keeper this season as is likely to continue getting better as he is just 24-years-old.

The Toffees will however need to sign a new back-up this summer as Joel Robles wishes to leave the club may finally be realized. The Spaniard is unhappy at the club due to his lack of game-time and has used the last two transfer windows to find a way out.

It is about time that the Merseysiders allow him to move on. At 31-years-old, Adan is an experienced goalkeeper with over 165 appearances for Betis in the La Liga to his name. He will be able to provide quality cover for Pickford and will also provide good competition for the England international.

Adán is 6ft 3in tall and is also known to have a commanding presence in his box. He is valued at around £7 million which would present good value for money.

It however remains to be seen if he will be willing to accept a move to a club where he will not get assurances about regular first-team football. In addition to this, the Toffees could face competition from Real Sociedad and Getafe for his signature and he could opt to remain in Spain rather than move to the different environment of England.