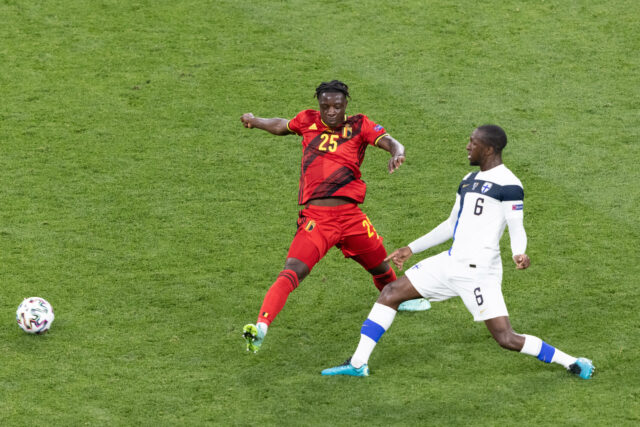 Rangers midfielder Glen Kamara has impressed heavily in Euro 2020 for Finland, and he is now being chased by several clubs.

According to Eurosport, Everton are showing keen interest in signing the 25-year-old this summer.

However, Brentford and Watford are also in the race, while an unnamed Russian club are also vying for his signature.

Kamara has just two years left on his deal at Ibrox, and Rangers could be tempted to offload him if they receive a good offer.

The Finland international joined the Gers in 2019 and has been a key player for Steven Gerrard’s side.

He was superb last season, as Rangers won the Scottish Premiership title at a canter.

Rangers will be playing in the Champions League next season, and Kamara will have to make a smart choice about his career if he wants to leave Ibrox.

A move to the Premier League, especially to Everton, is tempting, but it will take something special to pass on the opportunity of playing in the Champions League.

Kamara is a fan favourite at Ibrox, and Rangers will be hoping to keep him at the club. They have held talks over a new deal, but he is yet to commit his future.

Everton bolstered their midfield last summer by signing Allan and Abdoulaye Doucoure, but it seems they are still looking to add another midfielder to their ranks.

Kamara would be a superb addition to their squad.