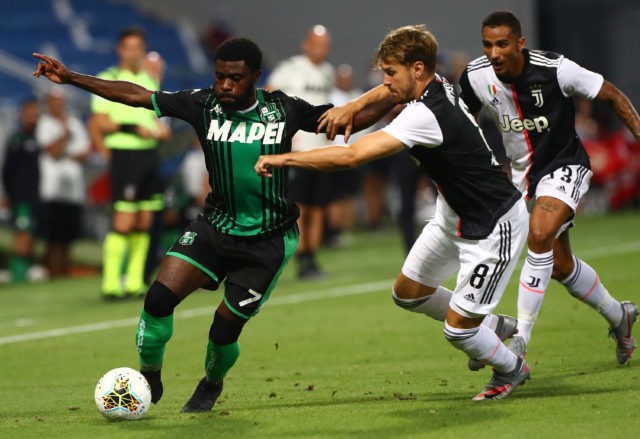 Carlo Ancelotti will be looking to stamp his authority in the transfer market as he looks to shape the squad to his own image.

The Italian will be backed with funds in the summer, and it remains to be seen how Everton fare in the transfer market. They need to bolster their attacking department this summer.

According to reports from Sky Sports, Ancelotti was interested in signing Jeremie Boga during his time at Napoli. The Everton boss remains keen on signing him for the Merseyside club again this summer.

Boga has impressed in Italy this season, where he scored 11 goals in 34 league appearances.

Everton, however, are likely to face stiff competition for his signature from clubs in Italy and Germany.

The report claims that Sassuolo would be looking for a fee in excess of £35m for a player who joined in 2018 for just £3.5m.

He has two years left on his present deal.

The Italian club have recently agreed a deal with Chelsea to cancel their buy-back clause. Otherwise, Frank Lampard would have signed him for £13m.

Borussia Dortmund and Bayer Leverkusen have held preliminary discussions already for Boga, and it remains to be seen whether Everton can come up with a strong bid for the Ivory Coast international.