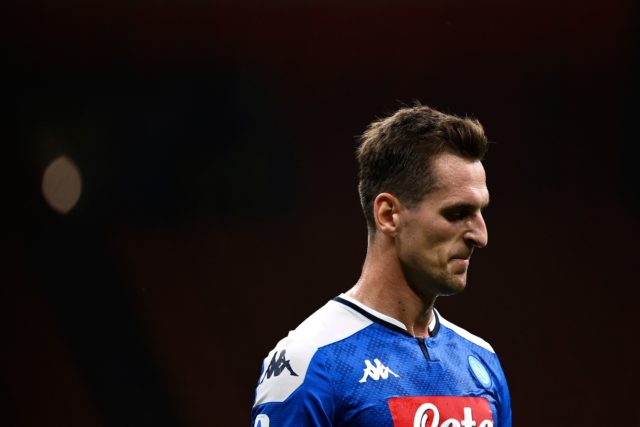 Everton are looking to bolster their forward department, and Carlo Ancelotti is looking for a reunion with his former player Arkadiusz Milik.

Transfer expert Fabrizio Romano wrote on Calciomercato that Everton are still keen to sign Milik as Ancelotti is looking to add a new striker this summer.

Dominic Calvert-Lewin has continued his excellent form under the Italian, but the Toffees need depth with Moise Kean and Cenk Tosun being the other options.

The report claims that Everton have made contact with Milik through agents, but they first need to offload Kean.

Inside Futbol has claimed today that Everton are ready to make a bid for Milik.

The report claims that Everton are ready to pay an initial transfer fee of €18 million (£16.41 million) for the Poland international plus add-ons.

However, Everton could face strong competition from Tottenham who are still leading the race for the 26-year-old striker after holding positive talks with the striker.

According to Calciomercato, Serie A club Fiorentina has joined the race to sign Milik, and Napoli are willing to cash in on him.

The north London club have been strongly linked with Milik throughout the transfer window, but they have struggled to get the deal over the line so far.

Milik reportedly wants £160,000-a-week from his potential buyers, which could prove to be problematic for both Everton and Spurs.