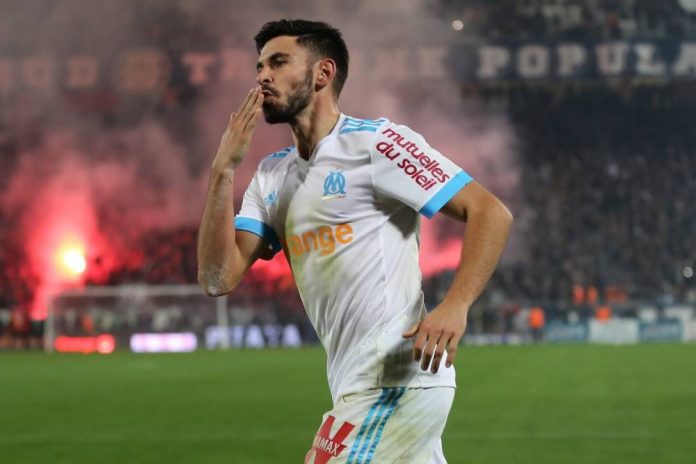 According to reports from La Provence, via website Foot01, Everton have joined the race to sign French midfielder Morgan Sanson in the summer transfer window.

The 24-year-old joined Marseille in 2017 and has established himself as a key player for the club.

Last season he made 53 appearances in all competitions and scored 12 goals.

According to reports from the Birmingham Mail, Wolves are thought to be leading the race to sign the midfielder.

It was claimed earlier this month that Wolves have already opened talks over a deal.

Marseille could be forced to sell him this summer as they are trying to comply with Financial Fair Play regulations.

The French club value the midfielder at €30million (£26.8m) but they could be forced to reduce their asking price.

The Ligue 1 side’s failure to qualify for the Champions League will not help them at the negotiating table, and this could work in favour of Wolves or Everton.

Everton have announced the signing of Andre Gomes from Barcelona earlier this week, and it is highly unlikely the Toffees would make a move for another midfielder.