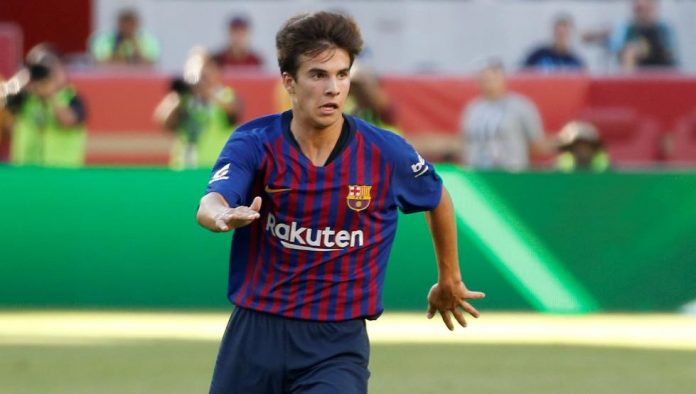 Everton have joined the race to sign the highly rated Barcelona youngster Riqui Puig in the January transfer window, according to The Mirror (16/12/2018, page 65).

The report claims that the Toffees have joined Tottenham in the race for the youngster’s signature, and they believe they hold a trump card over the north London club thanks to their recent dealings with the Catalan club.

Spurs are linked with a move for the exciting young midfielder who made his first-team debut earlier in December during a Copa Del Rey win over Cultural Leonesa.

The 19-year-old is far from being a finished product but he is technically gifted and has all the potential to light up the Premier League.

Everton signed Lucas Digne, Yerry Mina and Andre Gomes during the summer transfer window from Barcelona, and share a good relationship with the La Liga giants.

Tottenham could be still an attractive place for the youngster as Mauricio Pochettino can offer him the Champions League platform needed for his development.

Puig signed a contract extension in June this year, and unless either of the clubs pay a handsome transfer fee, chances are very less that Barcelona will part company with their exciting young midfielder.