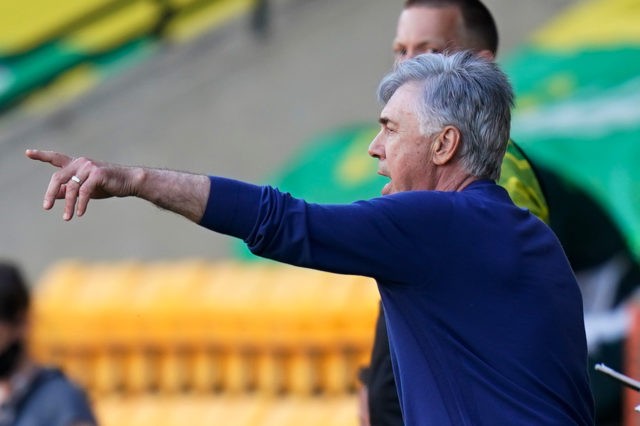 According to reports from Novosti, Everton are looking to sign former Chelsea defender Branislav Ivanovic in the summer transfer window.

The 36-year-old defender looks all set to return to the Premier League for a second spell under Carlo Ancelotti.

The Serbian defender, who has won three Premier League titles with Chelsea, could be reunited again with his former boss at Everton. He also won the Champions League title with Chelsea in 2012.

The report claims that the Toffees are in talks to sign the veteran defender and that they are in the final stages of discussion.

Red Star Belgrade are also interested in signing him but Ivanovic’s negotiations with Everton look close to being completed. His contract with Zenit St Petersburg has come to an end which means he can join the Merseyside club on a free transfer.

Even at this age, Ivanovic looks to be in good shape as he scored four goals in 35 appearances during the 2019/20 campaign for Zenit.

It has been a very disappointing campaign for Everton where they conceded 56 goals in the Premier League. Ivanovic would add depth, quality, and the much-needed experience to the side.

A rebuilding process is necessary at Goodison Park, and in Ivanovic, the Everton boss will sign a natural leader, especially after Leighton Baines has announced his retirement.

Everton have Michael Keane, Yerry Mina, Mason Holgate and Jarrad Branthwaite in their ranks, and adding Ivanovic on a free transfer looks a smart piece of business.