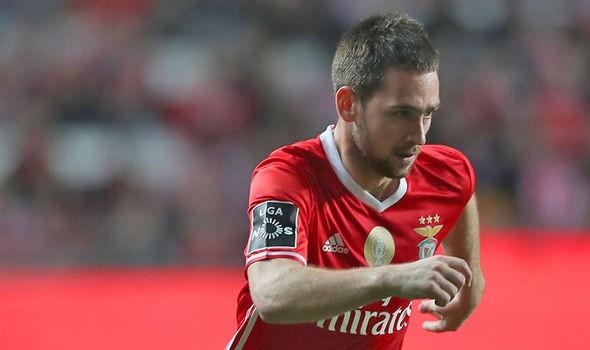 According to reports from the Portuguese media outlet, Correio da Manhã, Everton are showing a keen interest in signing Andrija Zivkovic this summer.

The 22-year-old reportedly has a release clause worth £53.3m, but Benfica are willing to offload him at a much-reduced price. The Eagles are trying to get him off their wage bill this season, but they will still demand £31m for the Serbian international.

Zivkovic earns £44,000-a-week on his deal and is thought to be one of the high earners at the club. Marco Silva is a big admirer of the player and recently contacted Benfica to ask about his availability.

The ex-Partizan Belgrade forward started just six games in the 2018-19 campaign but it seems he could become the next big-money signing at Goodison Park.

The youngster has 16 caps for his country already and is very highly rated. He might have struggled for games last season, but here is a player who can add depth and quality to the Everton squad.

He is far from being the finished product but has all the potential to grow into a top player. He is an attacking midfielder who can play on the flanks, but it remains to be seen whether he will get regular games in an Everton side already containing players like Gylfi Sigurdsson, Bernard, Theo Walcott, Ademola Lookman and Richarlison.