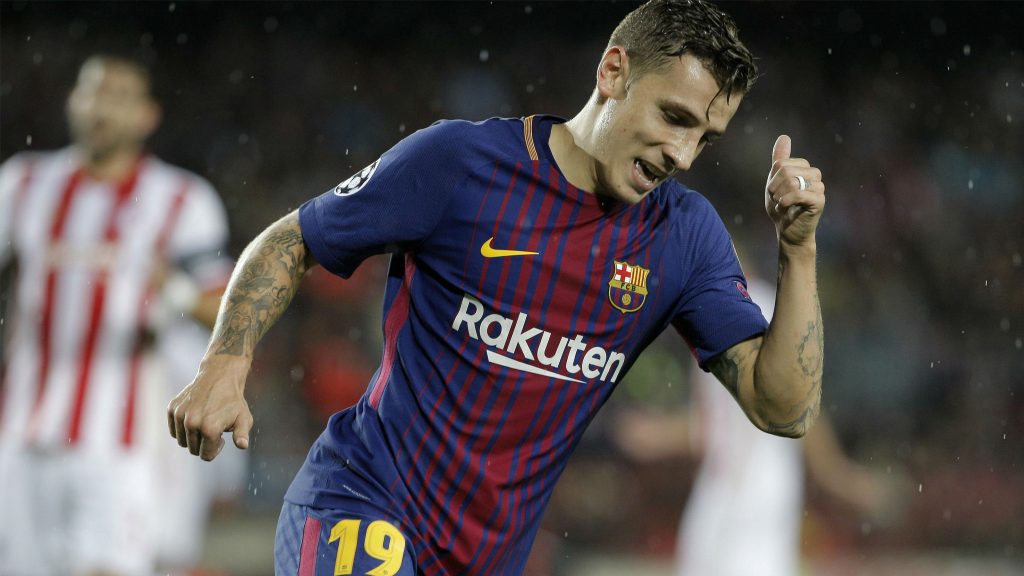 According to reports from The Mirror, Everton are showing keen interest in signing Barcelona defender Lucas Digne in the summer transfer window.

The French defender joined the La Liga outfit from AS Roma in 2016 for £15 million, as reported by the Mirror, but has found game time hard to come by.

He made just eight La Liga starts all season, and it has cost him a place in the France national team in the World Cup.

The Blaugrana are willing to let him go, provided they get the right amount for him.

Everton were heavily linked with a move for Celtic defender Kieran Tierney but they refused to match his £25 million valuation.

The Toffees believe that Digne will cost well below £25 million. Digne pockets around £55k-per-week at Barcelona, and so meeting his wages won’t be a huge problem for Everton.

The Merseyside club are also keen to sign Digne’s club teammate Yerry Mina who was impressive for Colombia during the Russia World Cup.