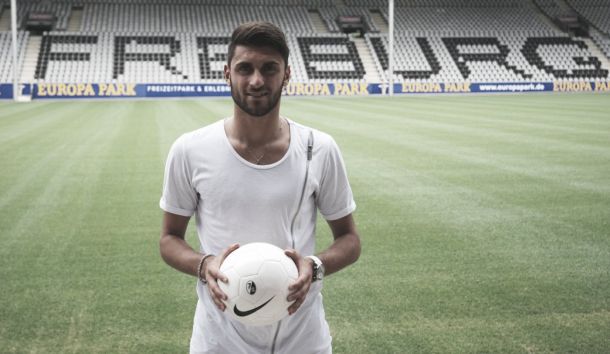 According to reports from TEAMtalk, four Premier League clubs – Everton, Southampton, Watford and Bournemouth – are all interested in signing Freiburg forward Vincenzo Grifo in the summer.

The 25-year-old, who won his first Italy cap under Roberto Mancini last November, is impressing heavily in Bundesliga this season.

He is a skilful attacking midfielder, and is making strong impact during his loan spell at Freiburg. He joined Hoffenheim last summer from Borussia Monchengladbach but he failed to make an impression, and was loaned out in January.

He has scored four goals and provided seven assists in 2018/19, and heavyweight Premier League clubs are showing keen interest in signing him.

The report claims that Hoffenheim are planning to cash in on Grifo after his loan spell ends. It is not clear how much Hoffenheim would demand for the player, but they would obviously be hopeful of selling him at a reasonably decent price especially with cash-rich Premier League clubs lurking.