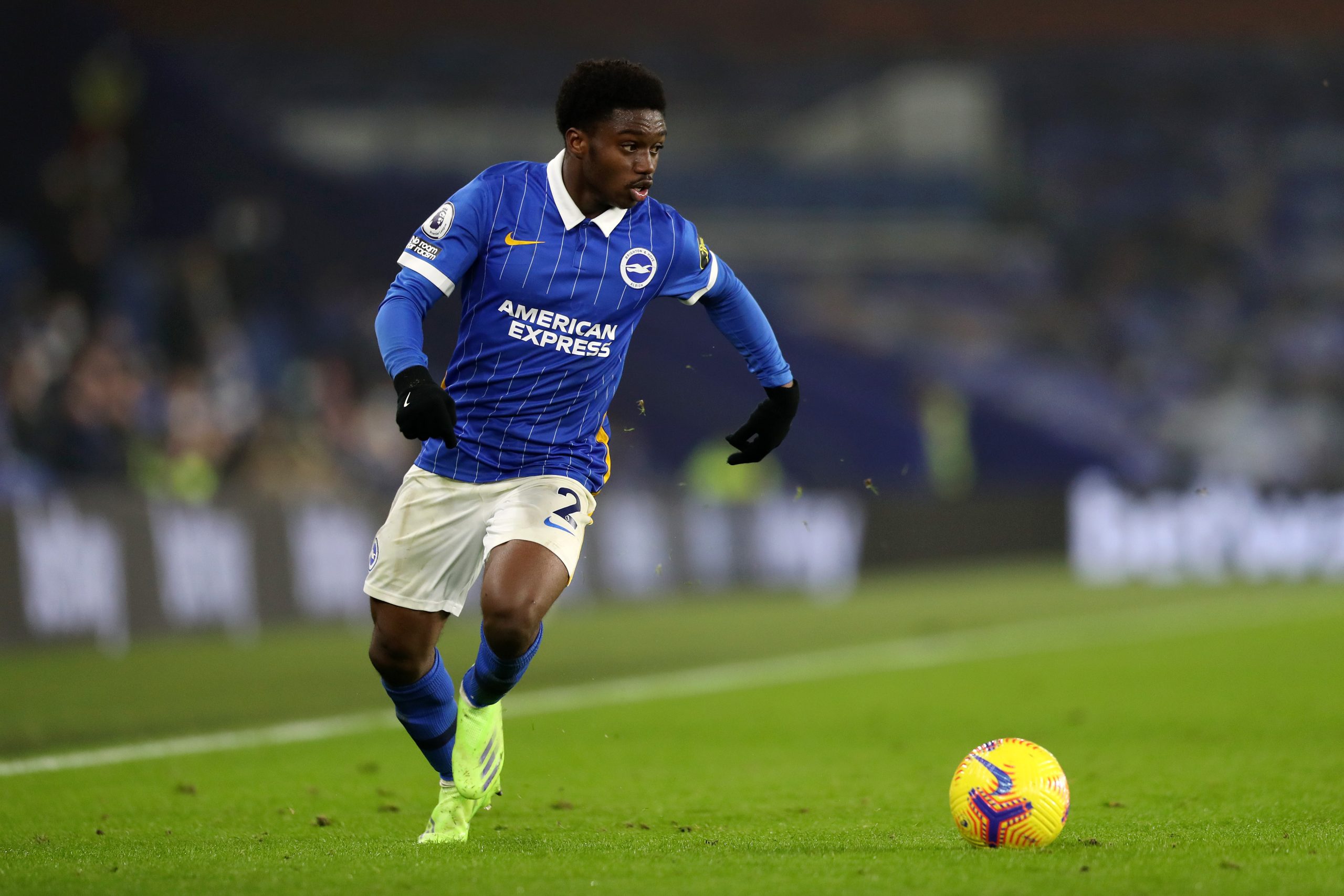 According to The Athletic’s David Ornstein, Everton remain admirers of Brighton and Hove Albion right-back Tariq Lamptey despite his new deal.

The 20-year-old joined the Seagulls from Chelsea on a three-and-a-half-year deal last January, and his impressive performances have also attracted the likes of Arsenal and Manchester City.

Lamptey was heavily linked with Bayern Munich last summer, but he has signed a new four-and-a-half-year deal, ending any chances of leaving Brighton this month.

Nevertheless, Everton and Man City are unlikely to be put off by Lamptey’s new deal, and he could be snapped up in the summer if a suitable offer arrives and he is open to a new challenge.

The Toffees want a new right-back with Seamus Coleman approaching the twilight of his career, while Jonjoe Kenny is not in the plans of manager Carlo Ancelotti.

The Italian has deployed centre-back Mason Holgate in the position in Everton’s last two league games, while Ben Godfrey has also featured there.

Alex Iwobi has often played at right wing-back whenever the team opted for a three-man centre-back system, and there is no doubt that Lamptey is an upgrade on all the right-back options currently available at Goodison Park.

The England youth international has only scored once and assisted twice in 19 EPL appearances for Brighton, but his pace and ability to deliver inch-perfect crosses have caught the eyes of Europe’s bigwigs, and there is no doubt that he will excel and hit the ground running in a side with better attacking quality upfront.

Lamptey is also solid defensively, and it is not a surprise that he is attracting Bayern and City.

Everton could be looking to pip the duo, Arsenal and other suitors to his signature in the summer, and they could finally be landing Coleman’s perfect long-term successor in him.