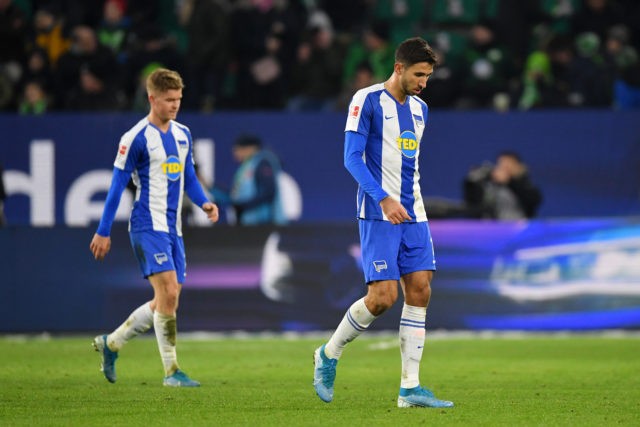 Liverpool signed the 23-year-old midfielder for a fee in the region of £5 million, but he failed to cement his position in the first-team under Jurgen Klopp.

The Serbian midfielder has spent time on loan at Cardiff City and currently playing for Hertha Berlin on loan. Recently, James Pearce of The Athletic has claimed that it’s ‘difficult’ to see him staying beyond the next transfer window at Liverpool.

Grujic has made 22 appearances for Hertha this season, and it would be wise for Liverpool to offload him permanently. He is at the stage of his career where he needs to play regularly, and that is something Klopp cannot guarantee him at the moment.

The midfielder is way down the pecking order at Anfield, and a move away from the club looks increasingly likely. Eintracht Frankfurt could offer him an escape route and are preparing a move for him this summer.

The midfield is one area where Liverpool could be looking to bolster this summer. The Reds have been linked with a move for Bayer Leverkusen’s Kai Havertz, while Emile Heskey has suggested that Napoli’s Fabian Ruiz would be a great signing for the Merseyside club.