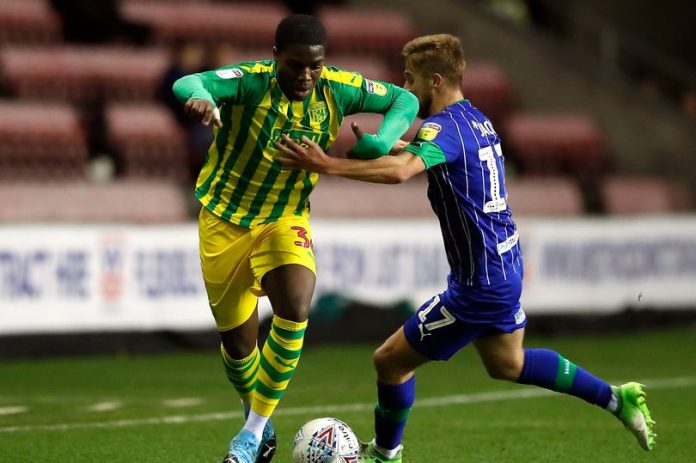 According to reports from The Mirror, Crystal Palace are eyeing a move for West Bromwich Albion defender Nathan Ferguson, with the Baggies likely to be forced to sell the highly-talented whizkid.

London rivals Tottenham Hotspur are equally keen for the signature of the young full-back, who has stepped up for Slaven Bilic’s promotion-chasing side this season.

Only 19, Ferguson has shown great maturity appearing in 20 games in the Championship. Very few full-backs in the world, even the established ones, are adept at playing at both right and left flanks, but Ferguson has done it with such elan that it drew the attention of Italian giants AC Milan, whose scouts were in attendance in the West Midlands for a Championship fixture last month to check on his progress first-hand.

The Eagles are still looking for a long-term replacement for Aaron Wan-Bissaka, and in Ferguson, they could sign a raw talent that can be polished into a real gem of a player.

With the Baggies themselves in a very good position to make a return to the Premier League next season, the youngster could be tempted to stay put. However, his refusal to put pen to paper, even after being offered a new five-year deal, sparks hope for the likes of Palace and Spurs.

Spurs are in the market to sign a full-back with both Kyle Walker-Peters and Serge Aurier failing to exude confidence in Mourinho’s side, and the north London club reportedly have made a number of checks on his progress throughout the season so far.

Obviously, while West Brom will want him to stay at the Hawthorns, a move to the Premier League with either Spurs or Palace could be too tempting for him to reject outright.