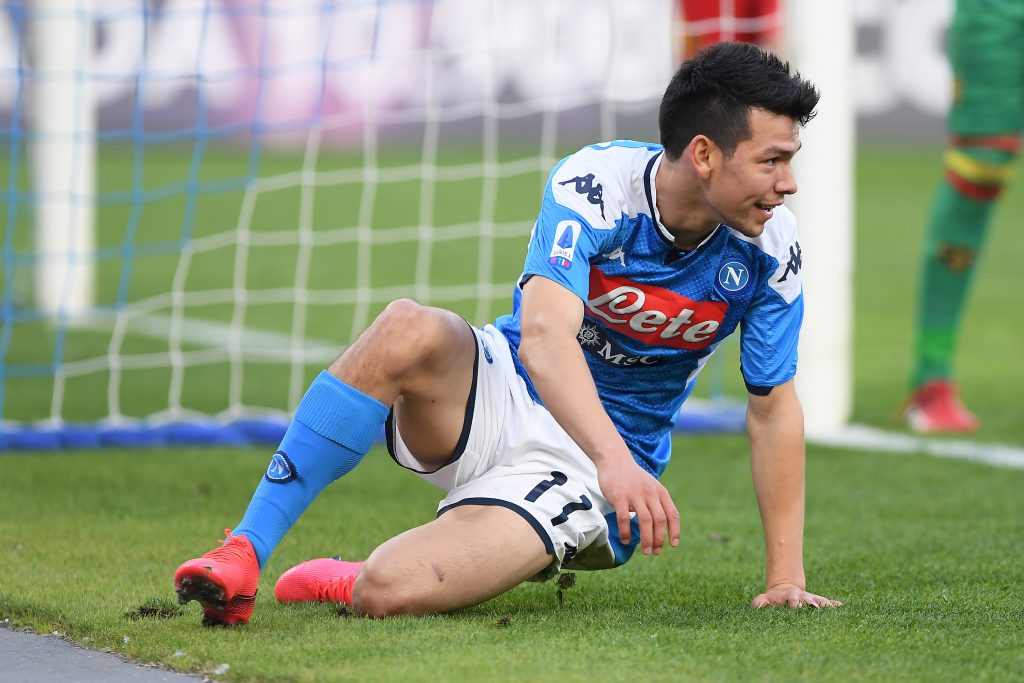 Life hasn’t been a bed of roses since Carlo Ancelotti left the Naples club.

Not only are they way behind in the race for the top four, their most expensive signing has turned out to be a major flop for them. And by Napoli’s boss Gennaro Gattuso’ admission, there’s no place for Hirving Lozano who has not played in three consecutive games for the club.

The message is pretty clear. The £35million signing from PSV Eindhoven needs to work hard to get into the side, and that he is not in Gattuso’s immediate first-team plans.

Behind the scene, Napoli are reportedly looking to dump him, and this could work in favour of Everton. All Ancelotti needs to do is to return to his former club, and free Lozano from the jail.

And the Italian has the support of Marcel Brands who first brought the Mexican international to Europe. And Everton’s club director could play a key role in bringing him to Merseyside.

Lozano scored 21 times in 40 games for PSV last season, but has failed to adjust to Napoli’s system. The latest report from Italy (h/t The Sun) claims that Everton are leading the race for his signature, and that Ancelotti is hoping to convince the board to sign the 24-year-old.

There’s no doubt that Lozano is some talent, but Everton will have to shell out a massive transfer fee to secure his signature. With Everton keen to sign and Napoli keen to sell, the stage for the summer is ideally set.