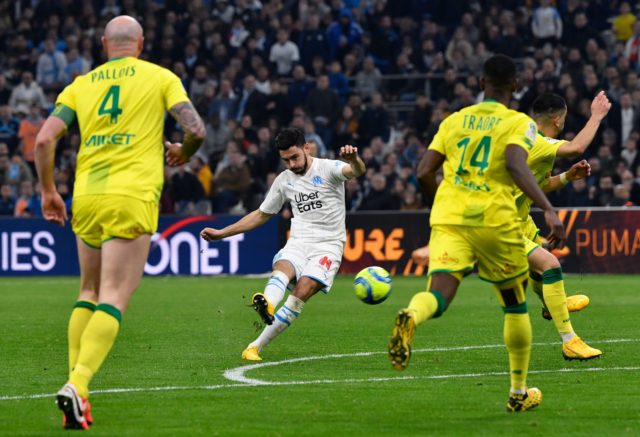 According to reports from L’Equipe, Aston Villa and Everton have been watching Morgan Sanson ‘very closely’ ahead of making a move for him in the summer transfer window.

The 25-year-old central midfielder has been wanted by several Premier League clubs, including the likes of Leicester City, Tottenham Hotspur, West Ham and Wolves.

Marseille are cash-strapped and they are likely to offload some of their key players this summer. Sanson is reportedly valued at around £30m.

It seems Everton and Aston Villa have also joined the race for his signature.

Patrick Boyland of the Athletic claimed last month that Carlo Ancelotti would be looking to sign a central midfielder this summer.

Morgan Schneiderlin is facing an uncertain future at the club, while Tom Davies has been far from convincing this season. Ancelotti needs a quality central midfielder, and Sanson would be a good fit for the side. He has scored five goals and provided four assists in the Ligue 1 this season.

Aston Villa are also interested but their hopes of landing him will depend on where they finish at the end of the season. Villa are in danger of getting relegated this season, and if that happens, they will have to revise their transfer plans.