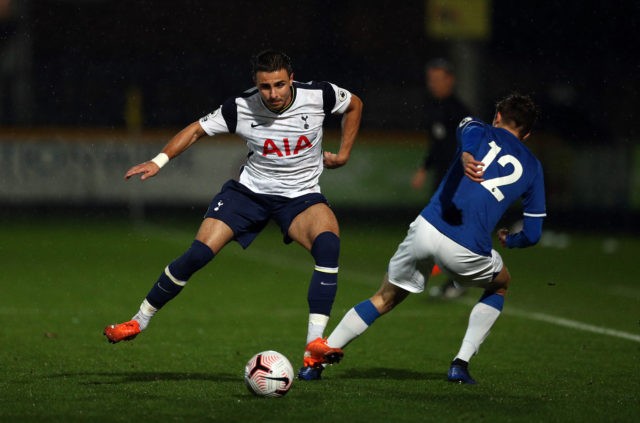 According to reports from Football London, Tottenham Hotspur are set to sanction the exit of winger Anthony Georgiou this week.

The deal is expected to be finalised soon, and the player is all set to complete a permanent move to Cypriot side AEL Limassol in the next few days.

He has been at the club for eight years now since joining from Watford in 2013. He made his first-team debut under former Spurs manager Mauricio Pochettino but failed to make a single Premier League appearance.

The seven-times capped Cyprus international came as a late substitute against APOEL Nicosia in the Champions League and had a few loan spells in recent years at Bolton and Ipswich Town.

Georgiou is not in Jose Mourinho’s plans and he is too old really to be playing academy football at Spurs.

The report claims that the winger’s contract is coming to an end this summer and a permanent move away from the club is expected shortly.

He is a versatile winger who can also play as a left-back. He needs regular game time and a move to his home country of Cyprus makes a lot of sense.

It will give him a chance to resurrect his career and hopefully it will help him to secure a move to top leagues in Europe in the future.

Spurs could also look to offload the likes of Gedson Fernandes, Paulo Gazzaniga and Danny Rose this month, while Dele Alli’s future at the club is also uncertain.