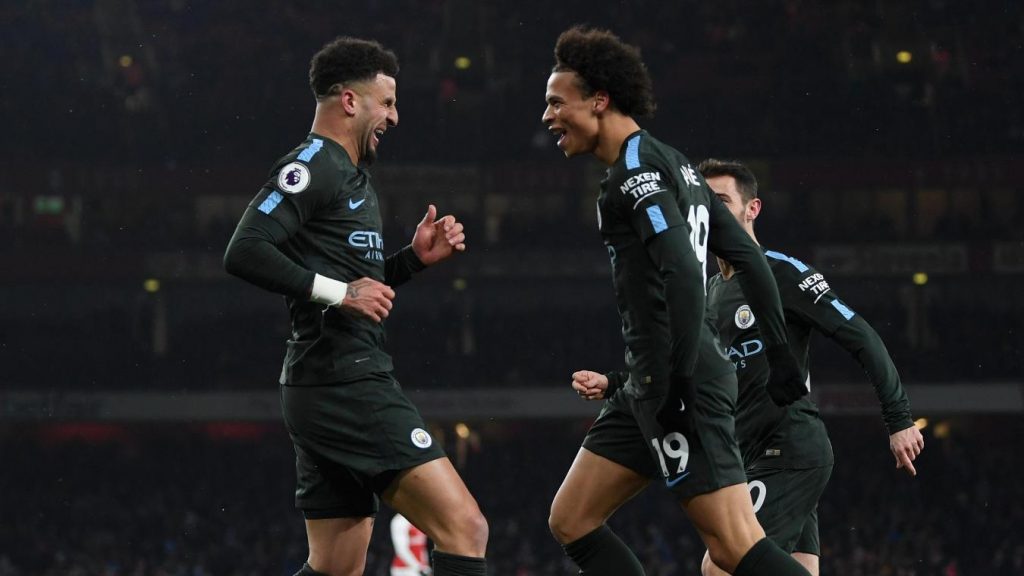 According to Don Balon, Real Madrid president Florentino Perez is ‘willing to put up’ £70m this summer to procure the signature of Manchester City winger Leroy Sane, whom is regarded as the ‘best young player in the Premier League’.

The report stats Los Blancos are having difficulty landing Mohamed Salah from Liverpool, so they’re casting their net out a little further for a replacement for Gareth Bale. The Welsh international is being tipped to leave Real at the end of the season after losing the confidence of head coach Zinedine Zidane.

He was benched for both Champions League last-16 games against Paris Saint-Germain, was an unused substitute in the first leg of the quarter-final against Juventus and managed just 45 minutes in the return fixture. He hasn’t improved his fitness record after five years at the Bernabeu either and Perez admitted last year that Bale could leave.

Real appear to be eyeing up a young alternative for next season and Sane fits the bill perfectly. At age 22, he’s already one of the best players in Europe, scoring and creating 27 goals for City this campaign, but the Sky Blues aren’t interested in sell. Real will pay £70m to bring him to Spain, but City would only agree such a deal if it included Isco.