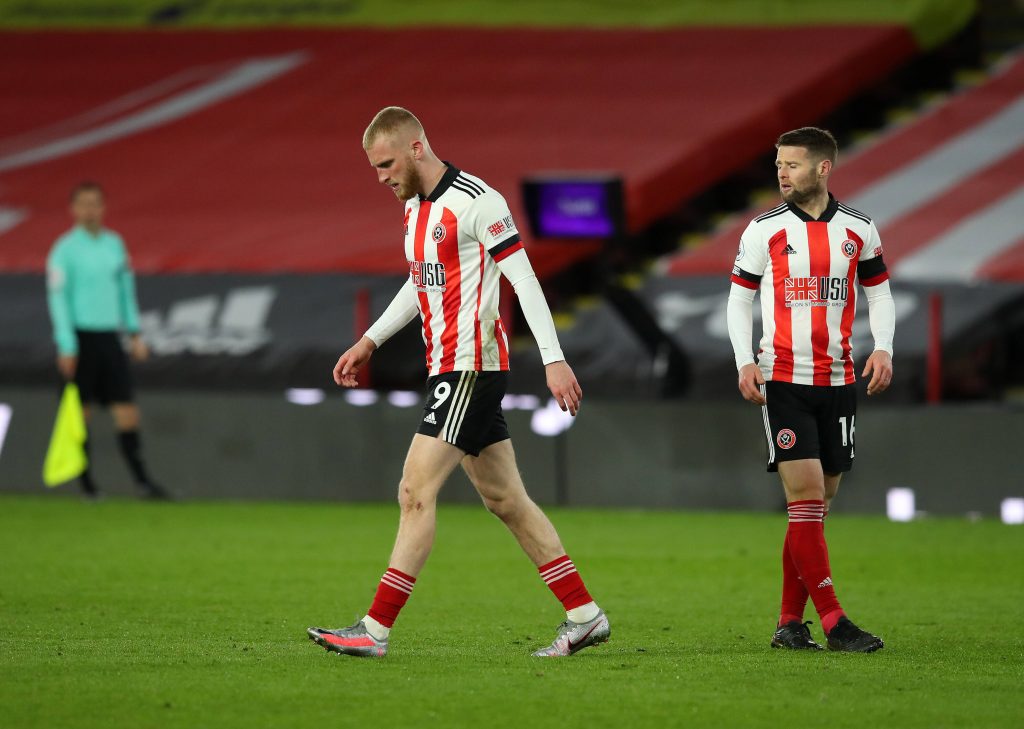 Sheffield United striker Oli McBurnie has been linked with a move to Rangers this summer.

According to Daily Mail, the 24-year-old striker is a target for the Scottish champions and is valued at around £15 million.

The Blades have been relegated to the Championship, and McBurnie may be looking to move on in search of regular football at a higher level.

A move to Ibrox would allow McBurnie to play in the Champions League, but the asking price may be a stumbling block.

The Colombian has been heavily linked with a move away from Rangers this summer, and McBurnie could be his replacement.

Morelos has been superb for Rangers, bagging 94 goals in 182 goals for the club in all competitions.

He has established himself as a talisman for Rangers, with his belligerent nature endearing Morelos to the club’s fans.

McBurnie’s recent antics in Knaresborough would probably endear him to Rangers’ supporters, but manager Steven Gerrard will have been less impressed.

If Morelos leaves this summer, Rangers will need a quality replacement. It’s debatable whether McBurnie is up to the task.