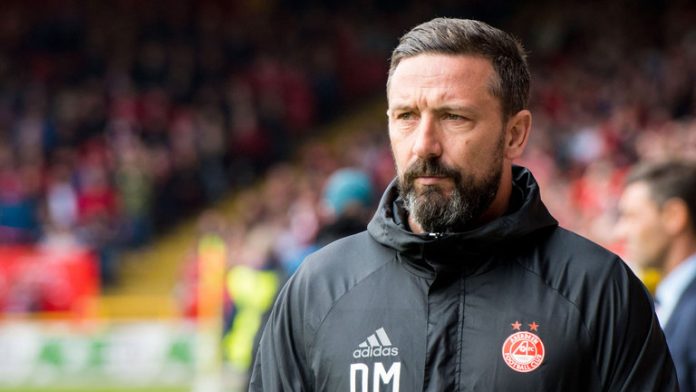 Glasgow Rangers are on the lookout for a new manager, with a host of names mentioned as possible targets for the Ibrox club.

The Scottish side parted company with Pedro Caixinha last week after the Portuguese was given just seven months in charge, with Graeme Murray taking control of the side on a caretaker basis.

While the likes of Sam Allardyce, Alan Pardew and others have been mentioned as possibilities, the big favourite to become Rangers’ next boss is Aberdeen manager Derek McInnes.

The former Gers player has helped the north east outfit progress in his time at Pittodrie and led the club to a second-placed finish last season.

With Aberdeen looking just as menacing this term as they did in 2016-17, despite the summer sale of Jonny Hayes to Celtic, McInnes’ managerial reputation is growing.

The 46-year-old reportedly turned down the chance to move to Sunderland in the summer, while reports in Scotland state that Rangers will need to pay the Dons £1.5 million in compensation to land their man.

The Light Blues supporters have been taking to Twitter to express their views on the potential appointment of McInnes to replace Caixinha.

Some are convinced that he would be a shrewd choice given that he was on Rangers’ books as a player for five years and knows the club and Scottish football.

Others are less convincing and feel a more inspiring name could be plucked out of the hat – here is what the Ibrox faithful are saying on social media.

McInnes knows the club, its expectations, the competition of the league and how to do well in it. I'd personally like to see him get it