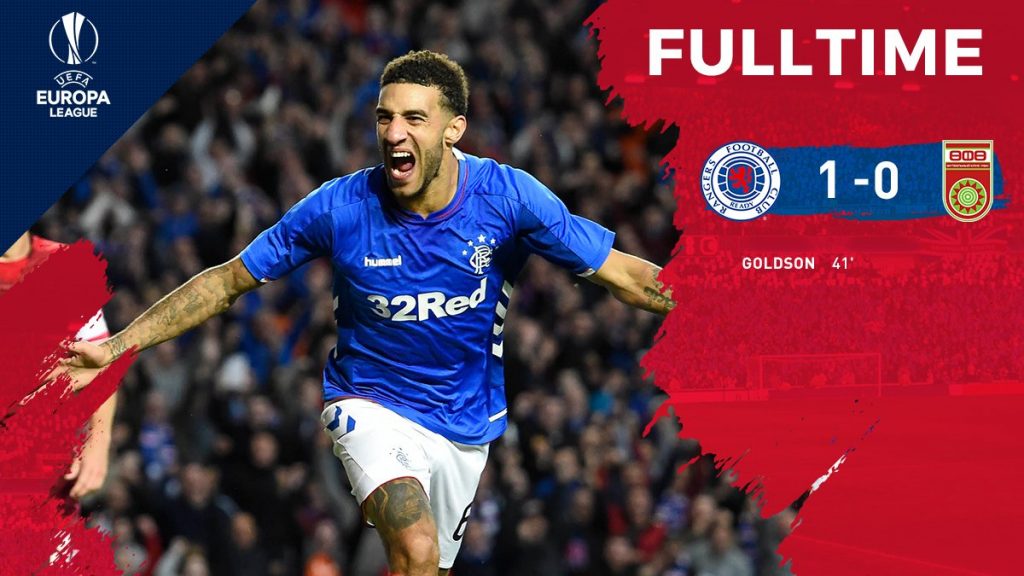 Rangers picked up a vital 1-0 win over FC Ufa in the Europa League last night.

A first-half goal from Connor Goldson was enough to secure a first leg advantage for the Scottish giants.

Steven Gerrard’s side will travel to Russia for the second leg on Thursday and another clean sheet would book their place in the group stages of the Europa League.

The home side seemed sharp, organised and determined against Ufa last night and their bright start was rewarded with an early goal.

After that, the away side struggled to get a hold of the game and they decided to sit back and limit the damage.

Ufa began to threaten in the second half but Allan McGregor came to his side’s rescue once again. The experienced shot-stopper made a stunning, point-blank save from Azamet Zaseev.

Rangers had a lot of possession and they will be disappointed with just one goal. However, the performance was very good and the fans will be delighted with their side’s start to the season.

Should be enough to finish it off in Russia. Good luck guys. Rangers belong in Europe!

Whatever Stevie G is selling, this whole team have bought into. Long time since I’ve seen a Rangers side this hungry. 1-0 really doesn’t reflect how well drilled this Rangers team are. Very hopeful for the season ahead

Absolutely outstanding from the boys again ♥️ Stevie G does it again ?? Onto the next one #WATP

After a tough few years I think we need to be realistic and recognise a victory and clean sheet is a success in Europe. Team looked solid but showed we could still do with a creative player to cut through defensive teams who sit so deep against us.

Steve G has got the #gers flying! #therevival