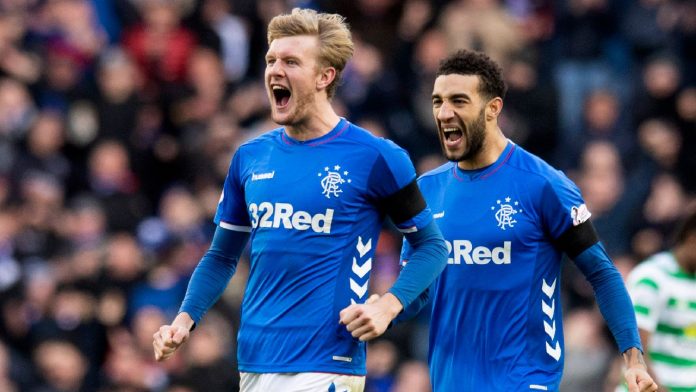 Rangers picked up a 3-2 win over HJK Helsinki on Sunday.

Goals from Scott Arfield, Daniel Candeias and Nikola Katic earned the win for Steven Gerrard’s men. The likes of Ryan Kent and Andy Halliday came close to scoring for the home side as well.

Despite managing to win the friendly, Rangers seemed incompetent at the back and Gerrard will be demanding some improvement from his players.

The Scottish giants take on Kilmarnock during the midweek and it will be a much tougher test.

The likes of Flanagan and Worrall had a very poor outing against the Finnish champions and the Rangers fans were not too happy with what they saw.

It will be interesting to see if the likes of Worrall can improve in the next game. Worrall has been quite inconsistent this season and he will need to work on that.

Rangers faithful took to Twitter to share their thoughts on Joe Worrall’s display against Helsinki at the weekend and here are some of the fan reactions from earlier.

One week worrall looks like a brick wall next week he looks a complete donkey ??‍♂️

Right this is the last time I’ll say it.
Joe Worrall is honky tonk.

Worrall & Flanagan at centre half ??? there both having a nightmare

Worrall fills me with dread every time he plays.
Gets dragged out by every striker he plays against,and has no pace to get back in