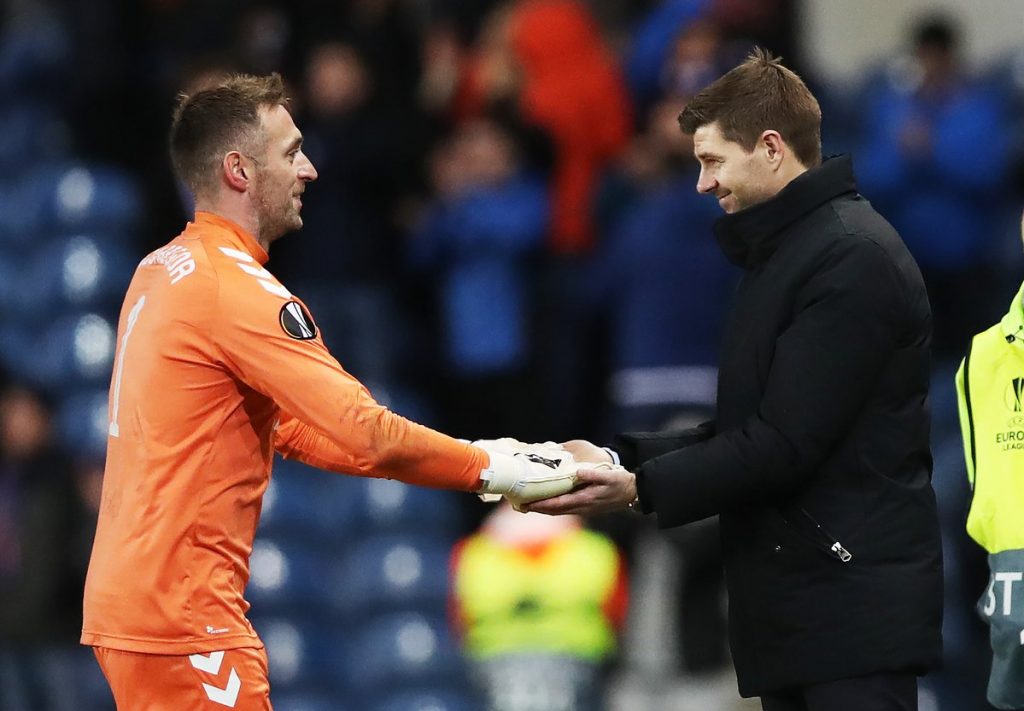 Rangers managed to grind out a draw against Villarreal in the Europa League last night.

Steven Gerrard’s side went down to 10 men in the first half after Daniel Candeias was sent off but the Ibrox outfit held on for a valuable draw.

Candeias was sent off after a second yellow for his foul on Santiago Caseres.

Glenn Middleton almost won the game for the home side but he was ruled offside.

Keeper Allan McGregor produced another inspiring display to push his side over the line. Rangers could have easily lost the game if not for his performance.

Gerrard will be delighted with the experienced shot stopper’s performance so far this season and he will be hoping for more of the same in the coming months.

Meanwhile, Rangers fans were delighted with Allan McGregor’s performance against Villarreal as well.

They took to Twitter to share their thoughts on his display and here are some of the best reactions.

Allan McGregor is the best goalie to ever pull on the Rangers jersey.

May prove controversial. But I think Allan McGregor is @RangersFC best ever keeper. We’ve had Goram, Woods and Klos. But McGregor is phenomenal. ?? pic.twitter.com/JHpKKiJ7di

What a well deserved fucking point. Allan McGregor is a hero, absolute hero.

Referee was pish, but that final 10 minutes, Ibrox rocking, team giving it all for the jersey, a love it.

Allan McGregor is the best goalkeeper in Scotland. This is a fact.

Allan McGregor is the best Rangers player since the mega money years of Advocaat.