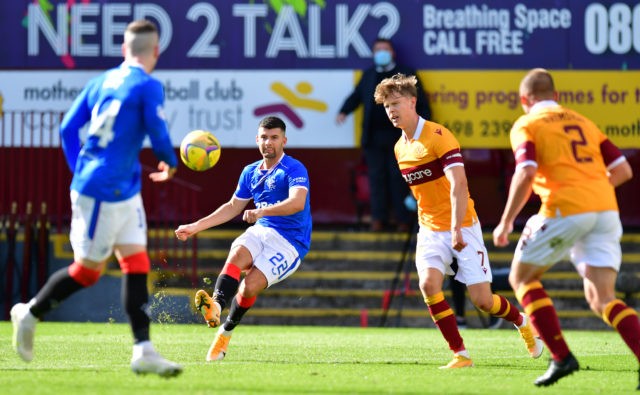 Rangers confirmed yesterday that Jordan Jones has left the Ibrox club to join Sunderland on loan for the rest of the season.

The 26-year-old winger has become the second loan signing of the month for the Black Cats. Sunderland manager Lee Johnson spoke highly of him after the deal was confirmed.

Many Rangers fans took to social networking site Twitter to express their reaction after the news was confirmed by the Gers. There are some fans who feel that he should be offloaded permanently, while there are others who think the player has wasted his talent at Ibrox.

What a waste. Guy had it all.

Hopefully there’s a mandatory transfer at the end, even if we are paying them the fee

Not remotely good enough, but good luck to him at Sunderland

Guy blew hot and cold even at Killie was ever rangers class but hopefully he can kick on down there and get rangers a decent free come the summer!!!

Wish him all the best but thank god from a personal point of view the lad had it all in front of him and threw it all away not once but twice!

Jones doesn’t appear to be a part of Steve Gerrard’s first-team plans and his future at the Ibrox club looks as good as over.

He has not made a single appearance since breaking COVID-19 protocols back in November. Jones showed a lot of promise when he joined the SPFL leaders 18 months ago but has only managed 18 appearances.

Jones represents a smart signing for Sunderland. He has joined on loan, for the next six months, and there’s hardly a risk involved in the deal.

Most importantly, he is a creative winger who has got bags on talent. He has got the undoubted ability and he is approaching the prime of his career.

He needs a regular game time and, if he can control his attitude, this is a good opportunity to get his career back on track after a few troubled months.