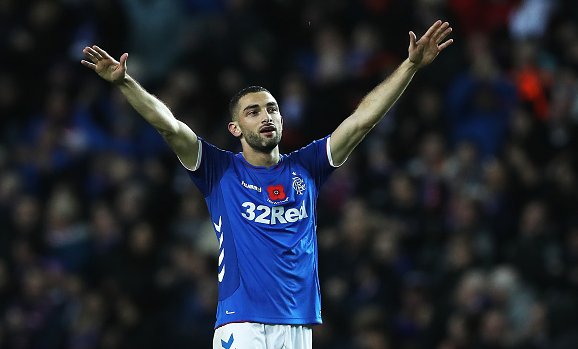 Glasgow Rangers signed Eros Grezda last summer but after a poor spell at the Ibrox club, he is all set to leave the Scottish Premiership outfit this summer.

According to reports from The Scottish Sun, the Albanian winger is on his way to France to complete a £1.75m transfer to the newly promoted club, Brest.

The Gers paid around £2 million for Grezda last summer from Croatian side Osijek. However, he struggled to adapt in Scotland and was subsequently frozen out by Steven Gerrard.

Many Rangers fans have taken to social networking site Twitter to express their reaction, and the majority of them are pleased with the fact that the Ibrox side have done really well in recouping the money at least.

Cracker wish him all the best ??

This is the Brest news I’ve heard all week. I’ll get ma coat

@MacKay_100 this is a superb deal for Rangers

Gerrard has told the 24-year-old that he could leave Ibrox as he doesn’t see him as a part of his long term plans.

The report adds that Grezda is set to travel to France to undergo his medical with Brest this weekend.