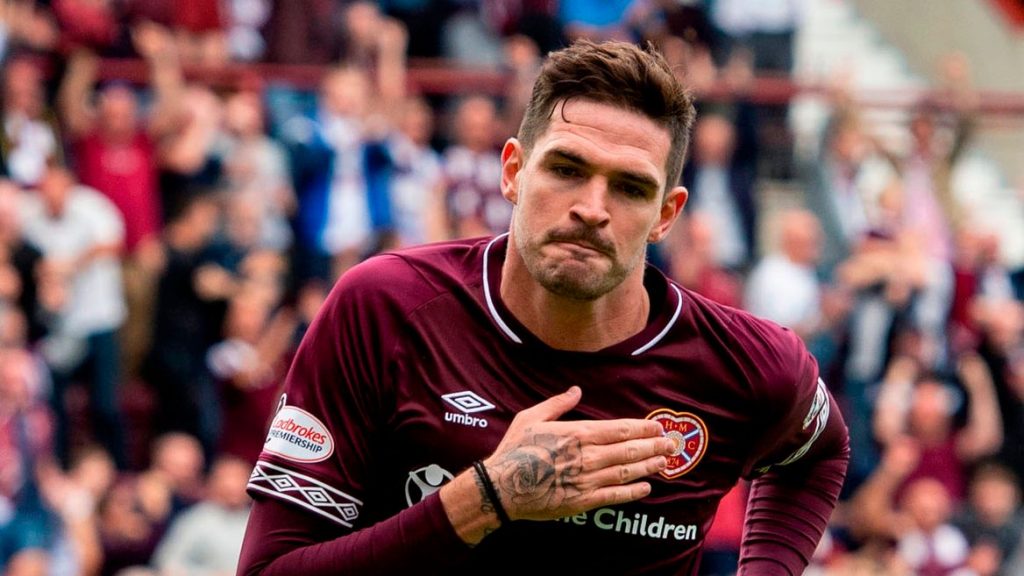 Rangers are all set to sign the Hearts striker Kyle Lafferty today.

According to Sky Sports Scotland, the two clubs have now agreed on a fee and the player will undergo his medical later today.

The report adds that Lafferty is likely to complete the formalities of the move today and he is expected to be available for the Europa League clash against FC Ufa tomorrow night. 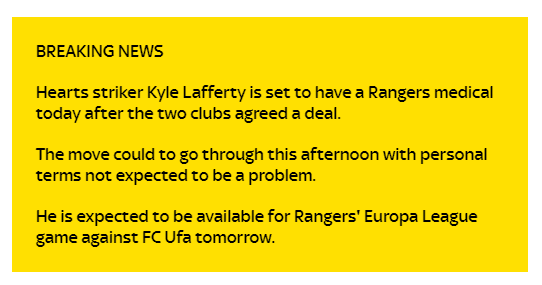 The former Rangers forward should prove to be a superb addition to Steven Gerrard’s side.

Furthermore, he will add some much-needed experience to the dressing room as well.

Lafferty knows the club well and he is likely to settle in quickly as well. He could be the ideal mentor for Alfredo Morelos.

Also, his arrival will add some much-needed depth to Rangers’ attack as well. In order to compete on multiple fronts, Gerrard needs to add to his squad and the Lafferty move is a step in the right direction.