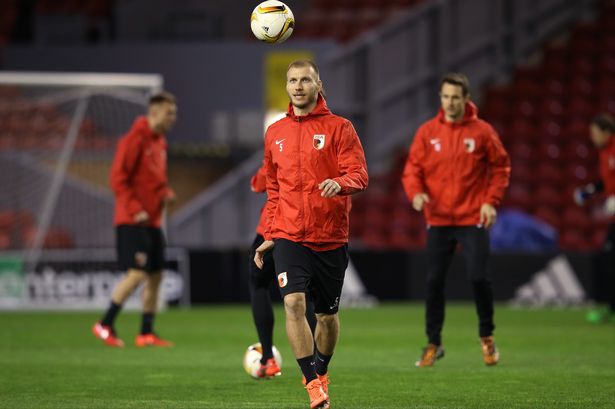 Liverpool are close to completing a transfer for Augsburg centre back Ragnar Klavan.

The 30 year old defender will sign as a backup and a direct replacement for Kolo Toure.

The Reds decided to release the former Arsenal and Manchester City defender this summer and have sold Martin Skrtel as well. Injuries to Sakho and Gomez has forced Klopp to look for defenders before the season starts.

After the signing of Klavan, Liverpool are expected to sign another centre back this summer.

Klavan has been very reliable for the Bundesliga outfit since joining them a few years ago and will provide excellent depth for Liverpool. He has also been his country’s best player thrice in the last four years.

Liverpool Echo have confirmed that the Estonian will arrive in Liverpool tomorrow for his medical and the signing will be confirmed shortly after. Both clubs have agreed a fee in the region of 4.2 million pounds.

Meanwhile, Klopp is closing in on a deal for the Newcastle United star Gini Wijnaldum as well.

The Dutch international is apparently travelling to Merseyside for talks. Liverpool are ready to submit an offer to Newcastle this week and the local media reckon that a transfer is close to happening.

Wijnaldum had a fantastic debut season with Newcastle in the Premier League and put on some splendid performances against the likes of Chelsea, Liverpool, City, United and Spurs. The midfielder ended the season with 11 goals to his name.

Klopp will be hoping that the former PSV star can add some balance and depth to his side’s midfield and attack.