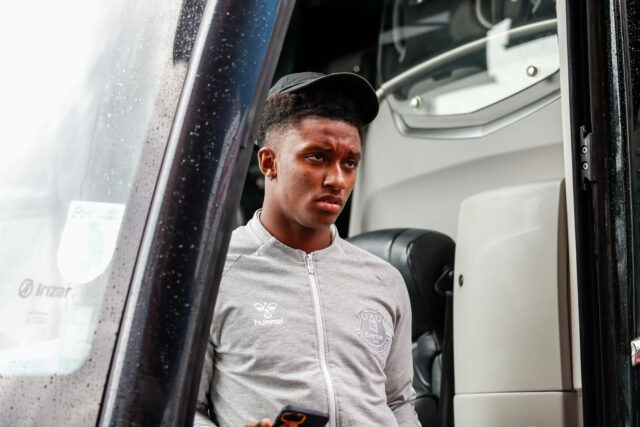 The Toffees have made an unbeaten start to the 2021-22 Premier League campaign, picking up seven points from their opening three games.

Gray scored the opening goal with a brilliant run and shot, while Dominic Calvert-Lewin scored from the penalty spot to earn the Toffees all three points.

The same two players were on target last week when Everton recorded a 2-2 draw against Leeds United at Elland Road.

Gray, who won the Premier League title with Leicester City, joined the Toffees this summer for just £1.7 million.

“Demarai is a young player who needed to be more consistent, he is at the beginning [of his Everton career], but he has done well,” said Benitez to the club’s official website.

“He has the quality to make a difference – it is just to make sure that mentally he is strong enough to continue in the same way he is now.

“I tell him so many times, he’s done nothing yet, he has to carry on training well, and if he does, he has the ability to influence games.

“He is working hard in training sessions – he is improving and has more confidence and is always pushing to play.

Gray has made a good start at his new club, but he needs to keep the focus and continue performing consistently.

Everton have done well in the transfer market despite operating on a modest budget.

The Toffees are still reportedly looking to sign another winger, with Luis Diaz being mooted as an option.

Moise Kean has agreed to join Juventus on loan, and Everton could be looking to sign a new striker before Tuesday’s deadline.