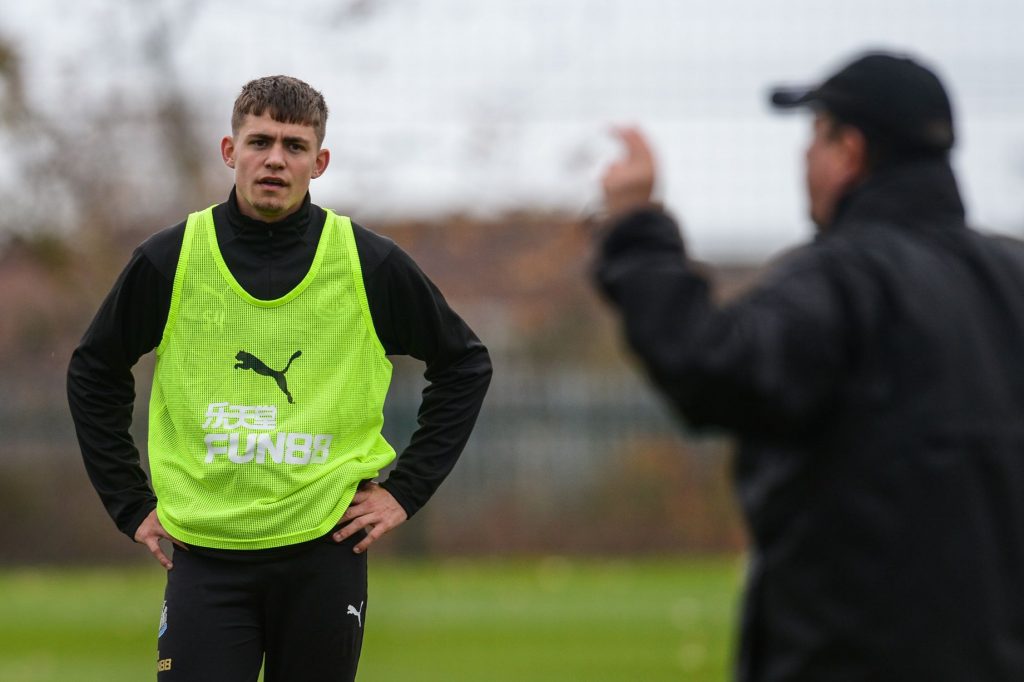 Elias Sorensen has been handed a first team training call this week.

The Danish forward has been in red-hot form for Newcastle’s U23 side and him getting a first-team chance would hardly be a surprise.

Newcastle have struggled to score goals this season and it is time Benitez tried something different. Sorensen would be a smart solution to his goalscoring problems up until January at least.

The young forward is full of confidence right now and he has scored 14 goals already this season.

It will be interesting to see if he can force his way into Benitez’s first team plans now.

The 19-year-old revealed that it would be an honour for him to be managed by Rafa Benitez. The Danish striker clearly admires the Spaniard and he also labeled the Newcastle boss as a ‘big-name manager’.

Some Newcastle fans want him to get a first team chance and they shared their views on Twitter earlier.

What more can this lad do to get at least on the bench for the first team pic.twitter.com/FRSTqq6RJQ

Carry on working hard, improving and his time will come. Rushing it, won’t do him any good

He is looking deadly, deserves a place in the first team, see what he can do

Gotta get his chance surely. A team who can hardly ever buy a goal must give this kid a go

Elite striker. Will defo be in the first team when the FA Cup is about