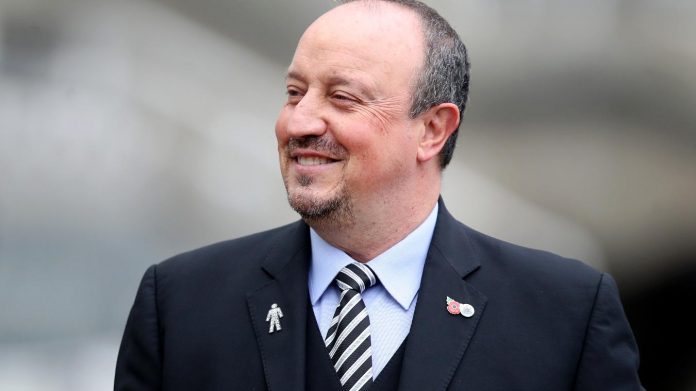 Newcastle manager Rafa Benitez has revealed that every game will be a cup final for his side between now and the end of the season.

The Magpies are fighting for their survival right now and Benitez is fully focused on the task at hand.

Speaking to Marca, the Newcastle boss also shed light on his future at the club. He revealed that he is looking for a competitive and ambitious project and Mike Ashley is aware of that.

He said: “I want to focus on these games. Each match will be a final between now and May. The owner [Ashley] knows me and my team are looking for a future project – competitive and ambitious. Let’s see if we are in the same line.”

It remains to be seen if the club can back the Spaniard and help him fulfil his ambitions now.

Newcastle fans will be desperate to hold on to Benitez beyond this summer but if Ashley fails to deliver on his promises, the Spaniard could decide to walk.

The Magpies are unlikely to find a better manager than Benitez right now and they should do everything to keep him at the club.

Newcastle fans have taken to Twitter to share their thoughts on Benitez’ latest comments about his future and here are some of the reactions.

“Competitive” and “ambitious”, two words Ashley’s spent 11 years trying to remove from the vocabulary on Tyneside.

He deserves so much better than what he’s being given. He’s a perfect fit for the club if the ownership would just let him get on with it.

Simple answer there then Rafa.

He’s looking for reasons to stay. If only that regime would bend a bit more for him #NUFC

Sounds like he’s not given up completely yet. Am surprised, but that’s hopeful.

Ashley will just say some ‘lies’ again and hope that Rafa believes it!