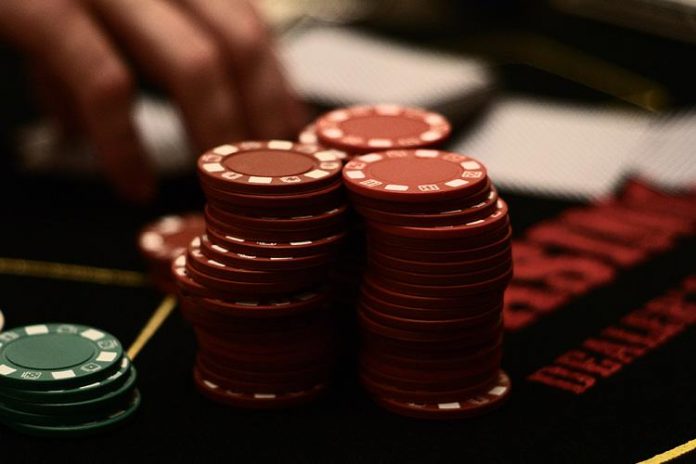 Every now and then, stories are published about footballers, retired and current pros, who are battling gambling addiction. Their gambling problem goes well beyond sticking a few pounds on online bingo games as offered by sites like www.cheersbingo.com. It goes much deeper.

Matthew Etherington retired in 2014 and the former West Ham winger is the quintessential gambling footballer. By his own admission, he gambled away as much as £1.5 million and was in debt to the tune of £800,000 at a certain stage of his problem. He gambled in a variety of manners, from betting on dogs and horses to playing poker. Bookies provided him with a credit facility which stoked the flames of the problem.

Etherington has since recovered from this problem but he is far from the only example. Eidur Gudjohnsen racked up £6 million in debt when he was still a Barcelona player.

Michael Chopra, lost £2 million on gambling and couldn’t afford to sit out games even when injured, because he needed to pay off the debt.

Paul Merson lost himself around £7 million through a combination of gambling and alcohol and drug abuse. Other names that ring loud bells in the minds of any football follower include Wayne Rooney, David Bentley, Dietmar Hamann, Dominic Matteo, and Kenny Sansom.

Some of them were lucky enough to realise they had a problem, or as in the case of Etherington, a supportive family that could help quell the problem. Others weren’t so lucky and kept falling.

Why does this problem exist?

Firstly, the presence of betting companies around the football community is undoubtedly an influence. Such companies are allowed to go into partnership with different clubs. Such partnerships mean more adverts reminding the audience, including players at the club, that it is easy to bet on matches, gamble on races and so on.

Secondly, very few players, including those affected, agree that gambling is a problem. To many of them, it is a voluntary act that could be stopped at any time. When combined with the amount of money top footballers earn and the amount of free time they have between games and everyday training, you have a potent cocktail that has fuelled this problem.

Thirdly, dressing room influences cannot be ruled out. According to some of the victims, it is often the norm to find jokes being made out of a player’s loss of obscene amounts of money in the dressing room. This triggers interest in other players, leading to the birth of a new victim. It is only when it gets serious that people stop laughing.

What is being done to address the problem?

Although the refusal to categorise gambling into the same bracket as substance and alcohol abuse has remained a stumbling block, more voices are lending their opinion, and, by extension, their services to the campaign against gambling in football. Simon Taylor is the general secretary to the PFF and he is working to ensure that footballing bodies provide adequate education and support for people with gambling issues. Charities like Sporting Chance, known for helping Paul Gascoigne with his problems, are gradually embracing the challenge.

Gambling addicts are, in many cases, powerless as they ruin their careers and the lives of everyone connected to them. Gambling in football must therefore be recognised as a huge problem and be given more attention than it is currently receiving by relevant authorities.