The Premier League table is still some way from starting to take shape, but there are some extremely intriguing fixtures this weekend that may set the tone for the season ahead.

1) Clash of the Titans at the Etihad:

The two firm favourites for the title, Manchester City and Chelsea, go head-to-head at the Etihad Stadium in the last game of the weekend on Sunday. There will be heavyweights on show everywhere one looks in this one, and the winner of this match will hold a huge psychological advantage even at this early stage in the season.

Chelsea, a bit surprisingly, go in as slight favourites in this one. The Blues have a perfect record in the league thus far and sit pretty at the top of the table. This game though, is easily their toughest test yet. City have beaten them in 4 of their last 5 meetings at the Etihad. The 5th game though, the most recent, was a victory for Chelsea, as a Jose Mourinho-masterclass saw his side pick up a 1-0 win against a free-scoring City side in February this year.

There are several interesting aspects to this game, with City manager Manuel Pellegrini confirming that Frank Lampard will be in the squad against his former side. The Englishman joined the Premier League champions this summer on loan from New York City FC, following 13 seasons at Stamford Bridge. 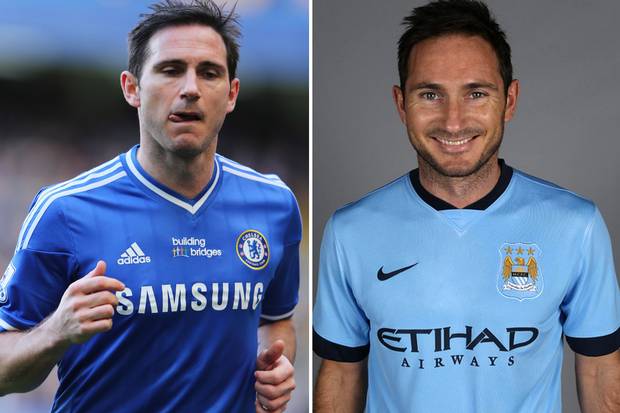 Chelsea striker Diego Costa, who is currently top of the league’s scoring charts with 7 goals, will be looking to continue his run, as the Blues look to maintain their perfect start to the campaign.

Many believe that Manchester United’s season started last week, when a near-perfect performance saw them run out 4-0 winners against Queens Park Rangers at Old Trafford.

Their real test though, comes this Sunday as they travel to the King Power Stadium to face Leicester City. The Foxes have made a solid start to life in the top flight following promotion from the Championship. They are level on points with United, who are ahead in the table courtesy of a better goal-difference. Last week’s victory away at Stoke City proved that Nigel Pearson’s men are certainly no pushovers.

Louis Van Gaal’s Red Devils looked rejuvenated last week, even though they were playing against a side who look destined for relegation. New signings Daley Blind and Angel Di Maria were both brilliant, and one would feel that the duo will play huge role for United this year. 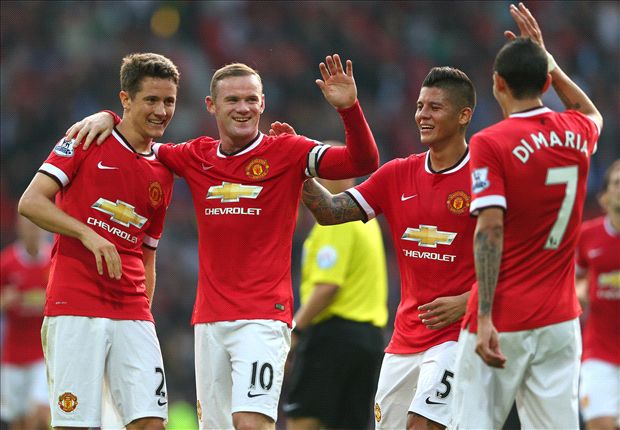 The fans will hope that United don’t slip up once again following last week’s promising result, after a dismal start had left them fearing the worst.

Aston Villa’s fans would have been dreading their team’s run of games against Liverpool, Arsenal and Chelsea. The Villans though, have defied all odds thus far. Last week’s fantastic 1-0 win at Anfield saw Paul Lambert’s men climb to 2nd in the league table. This week, they host an Arsenal side who are extremely short on confidence. The Gunners were convincingly beaten in midweek by Borussia Dortmund in the Champions League and are on a run of 3 consecutive draws in the Premier League. Arsene Wenger’s tactics have come under severe criticism of late, and were the winless streak to continue in the Midlands on Saturday, things will get worse for the Frenchman.

One of the most intriguing fixture of the weekend is also one of the most low-key. But Southampton’s trip to Wales to take on Swansea City promises to be a fantastic game. Both sides play great football, and have reaped the rewards this season. They both find themselves in the top 4, as 4th placed Southampton look to extend their 3-match unbeaten streak against 3rd placed Swansea. Ronald Koeman’s men were predicted to struggle this season, following a mass-exodus in the summer that saw them lose most of their big-name stars. But the Dutchman has made some shrewd signings to revitalise the squad, and the Saints look set for another solid season. Striker Graziano Pelle has found his feet in the Premier League, and will be a major threat up front.

On the other hand, Garry Monk’s Swansea won their first 3 games of the season before succumbing to their first loss against Chelsea last week. They can take immense pride from their performance though, and will be looking to get back to winning ways in front of their home fans this Saturday.

Alan Pardew is on the brink at Newcastle United. Last week’s 4-0 thumping at the hands of Southampton subjected the Magpies to the bottom of the table, and fans were not shy of voicing their severe disapproval of their manager. A winless start to this season follows a run of 15 losses from 21 towards the end of last campaign, and Pardew knows that unless he turns things around soon, his time at the club will run out. 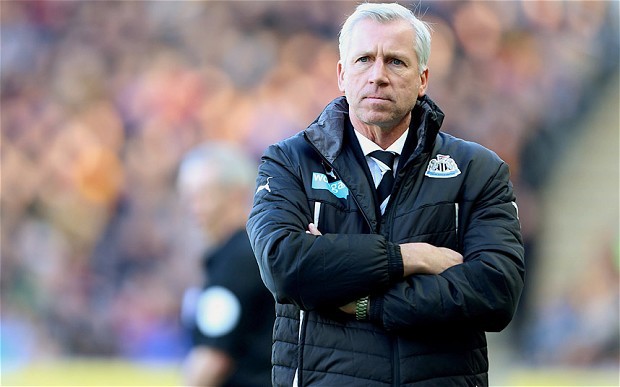 This week’s home fixture against Hull City, is therefore a must-win game. Any result other than a victory at home, against a team Newcastle are expected to beat, may prove fatal for Pardew. The supporters are already asking for his removal, and failure to get three points in this game may prove to be the final game in his coffin.