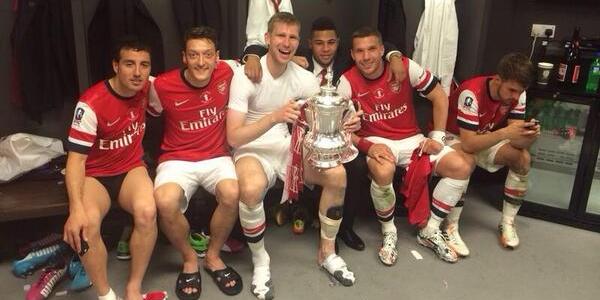 Arsenal have ended their nine-year trophy drought by beating Hull City 3-2, with goals from Santi Cazorla, Laurent Koscielny and Aaron Ramsey sealing the game for Arsenal.

The players have started the party, with German duo Per Mertesacker and Lukas Podolski getting their hands on the trophy back in the dressing room, surrounded by their teammates. 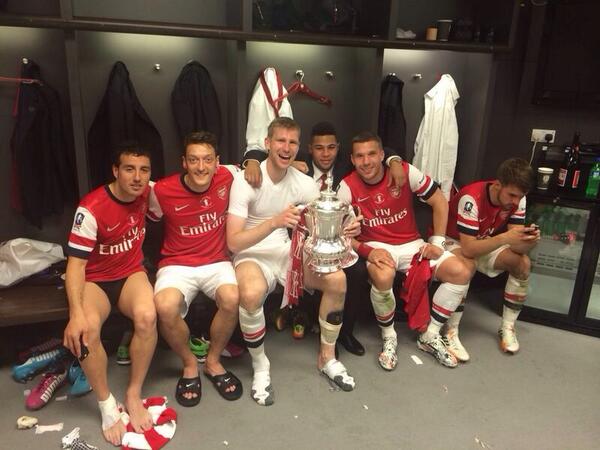 “Nine years we have been waiting for this trophy,” Wenger said on the pitch. “I think we deserve this trophy and hopefully in the next few years we will be stronger.” 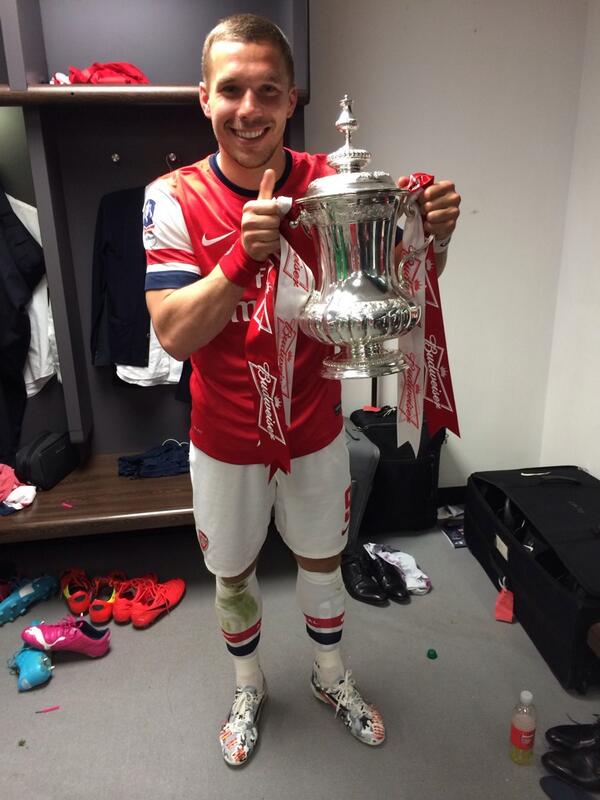 Lukas Podolski: “Great feeling, here is the CUP! Thanx Fans ! you rocked Wembley and pushed us back into the game!!”