Phil Hay: Leeds planning to recruit another midfield pivot in the summer 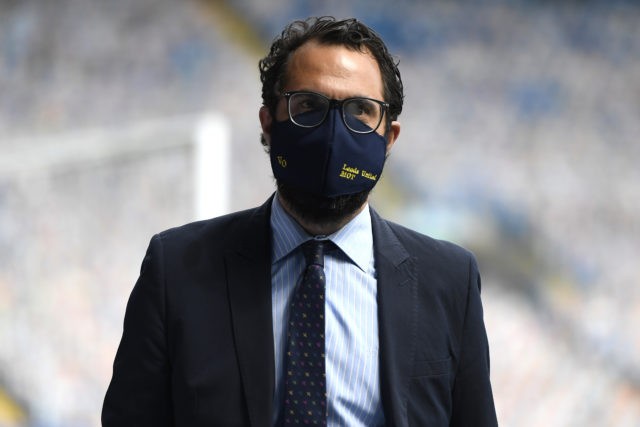 Leeds United were one of the clubs who had a quiet January transfer window.

Marcelo Bielsa was happy with his squad and didn’t feel the need to add new players.

However, it seems Leeds are already planning for the summer and Victor Orta is working behind the scenes on potential targets.

Hay claims that Bielsa and Orta are eager to sign a midfield pivot in the summer transfer window.

Kalvin Phillips is the club’s first-choice defensive midfielder but Leeds are looking for direct cover – a like-for-like back-up for him.

The Atheltic journalist claims that Victor Orta “spent time on last month” (probably he meant – Orta was checking at potential targets) as he began to “lay the ground” and any recruitment there would be to “cover for Phillips, rather than threatening his place in the team”.

The Whites have struggled this season without Phillips and they need to sign another solid defensive midfielder in the summer.

The versatile and dynamic Pascal Struijk has played in that position in the absence of Phillips, but Leeds need an accomplished midfielder in that role.

Mateusz Klich has often played in midfield pivot when Phillips got injured, but Bielsa feels that the Polish midfielder performs better in the box-to-box role.

Signing a left-back is a priority for Leeds in the summer along with a midfielder. The Whites could also look to bring another winger in case Helder Costa is shipped out or Raphinha moves elsewhere.