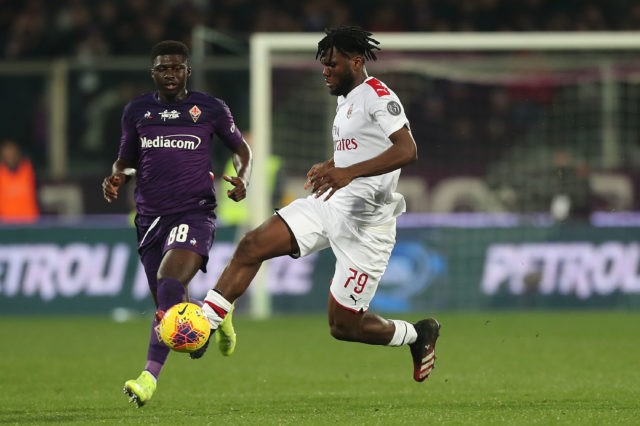 Newcastle United are traditionally one of the iconic clubs in the UK, but they have fallen from their glory days in the past decades.

However, the Magpies could rise again and become one of the heavyweight clubs in the country, if the proposed takeover goes through.

The Saudi investors are expected to pump in loads of money – a report claimed that they could invest around £200m in the transfer market, which is a ridiculous amount given the present economic climate – to make Newcastle a strong team.

According to French journalist, Patrick Juliard, AC Milan midfielder Franck Kessie could land up at either Newcastle or West Ham United.

The 23-year-old is undoubtedly one of the best midfielders in the Serie A, and have been frequently linked with a host of Premier League clubs.

“I see him trying his luck in the Premier League. I don’t think Kessie is ‘high profile’ enough for PSG,” said Juliard to Pianeta Milan (h/t Sport Witness).

“As Kessie is now a very experienced Serie A player, I see him starting a new adventure in England, where his physical qualities, his midfield activity and his box-to-box profile could attract medium level clubs like Newcastle or West Ham.”

Kessie has been regular at AC Milan this season, and the Rossoneri are likely to demand a high transfer fee for him, having paid around €30m in two instalments for his signature.

West Ham would need a midfielder in the summer. Apart from Declan and Mark Noble, none of the midfielders have made a big impact. Jack Wilshere remains perenially injured while Tomas Soucek has managed only a handful of games since joining from Slavia Prague on loan.

However, the Hammers first need to focus on Premier League safety. They are just above the relegation zone and transfer planning can wait.