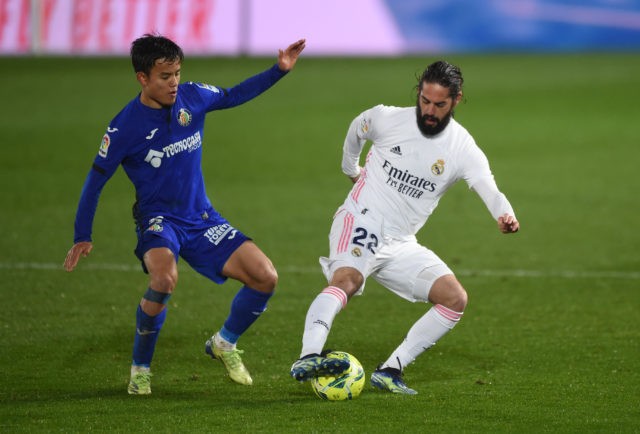 Leeds United striker Patrick Bamford has joked that the Whites should look to sign Isco from Real Madrid in the summer transfer window.

When Bamford was asked to comment on Leeds transfer plans for the summer by former club-hero Jermaine Beckford, he jokingly mentioned Isco.

Beckford said, while speaking on the Official Leeds United Podcast: “Have we got any ideas about strengthening? Any positions? Pat needs help, he wants some food on his plate – he has only got the 12.”

Bamford jokingly replied: “I heard Isco is unhappy at Madrid, to be honest.”

Leeds CEO Angus Kinnear also made a guest appearance on the podcast.

Leeds obviously will be looking to add quality players in the summer once again, but Isco certainly would be a wildly ambitious target to pursue.

Given his reputation and pedigree, he would love to play for a team that are competing in European competitions if he leaves Madrid.

The 28-year-old is a world-class attacking midfielder who has won four Champions League and two La Liga titles since joining Los Blancos.

Premier League rivals Arsenal and Everton have been strongly linked with a move for Isco. The Spaniard enjoyed his best spell under Carlo Ancelotti at Madrid and the duo could reunite again.

Leeds, who returned to the Premier League after a long wait of 16 years, showed ambition to bring quality players like Robin Koch, Diego Llorente, Rodrigo and Raphinha. Also, Marcelo Bielsa is widely respected, and most players would be interested in working under him.

Isco, who has struggled to get regular games under Zinedine Zidane this season, is likely to move in the summer, and it will be a huge surprise if he ends up at Elland Road.