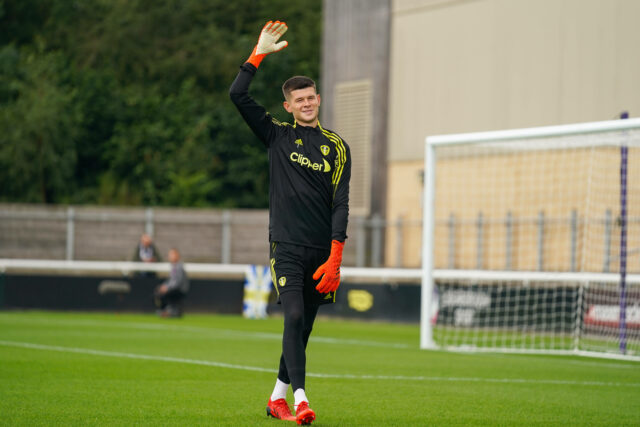 The France Under-21 international has signed a new five-year contract that will run until 2026.

Marcelo Bielsa made a bold decision last season to make Meslier his first-choice keeper, and the Frenchman didn’t disappoint him.

He was outstanding at times during his breakthrough season at the club, and Leeds have now rewarded him with an improved deal.

The 21-year-old has taken to social networking site Instagram to express his reaction after signing a new deal at the club.

Some of his current and former teammates responded to the post, including Pascal Struijk.

Leeds signed Meslier for £5 million from French side Lorient last summer on a permanent deal.

He replaced Kiko Casilla as the club’s first-choice goalkeeper and got better and better as the season progressed.

Meslier conceded plenty of goals at the start of the season, but Bielsa was absolutely convinced about the youngster’s ability.

He kept 11 Premier League clean sheets last season and set a new record for an under-21 keeper.

Meslier will be in action this week as Leeds travel to Old Trafford to face Manchester United in their first Premier League game of the season.