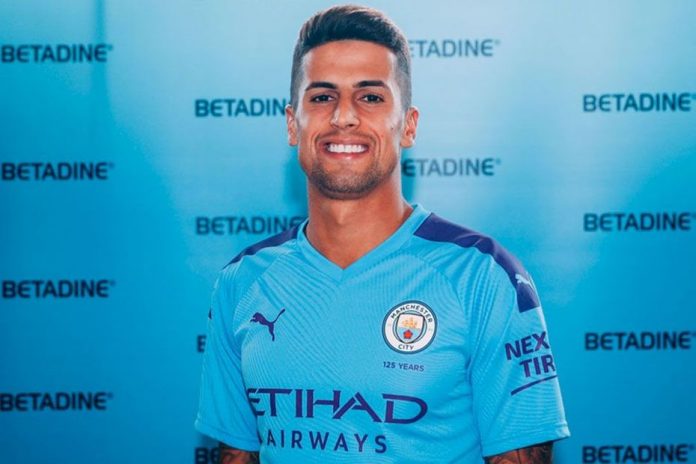 According to reports from El Desmarque (h/t Four Four Two), Tottenham Hotspur are interested in signing right-back Joao Cancelo who is ‘unhappy’ at Manchester City.

Cancelo only joined City last summer in a £58m move from Serie A champions Juventus, but Pep Guardiola prefers Kyle Walker ahead of him.

The Portuguese international has only featured eight times in the Premier League this season, and he is concerned that his place in Portugal’s Euro 2020 squad may be under threat.

Barcelona are also interested in signing the 25-year-old, but Spurs are the closer of the two sides to ‘agreeing a deal’ which is reported to be of around £52 million.

Here are three reasons why Cancelo would be perfect for Spurs:

a) Need for a right-back: Spurs badly need to bolster their right-back areas. Serge Aurier has been very inconsistent and is too error-prone. Mourinho doesn’t appear to rate Kyle Walker-Peters either and he could be offloaded with Crystal Palace keen. Cancelo would be a massive upgrade on both.

b) Experienced: He has played in four different leagues already, and won’t take much time in settling in at Spurs. He is a top-quality player who is very good at tackling and passing.

c) Versatile: While he is predominantly a right-back, Cancelo has shown in the past that he can play on the left as well if required. Mourinho loves versatile players, and the Portuguese defender is the ideal fit for him.