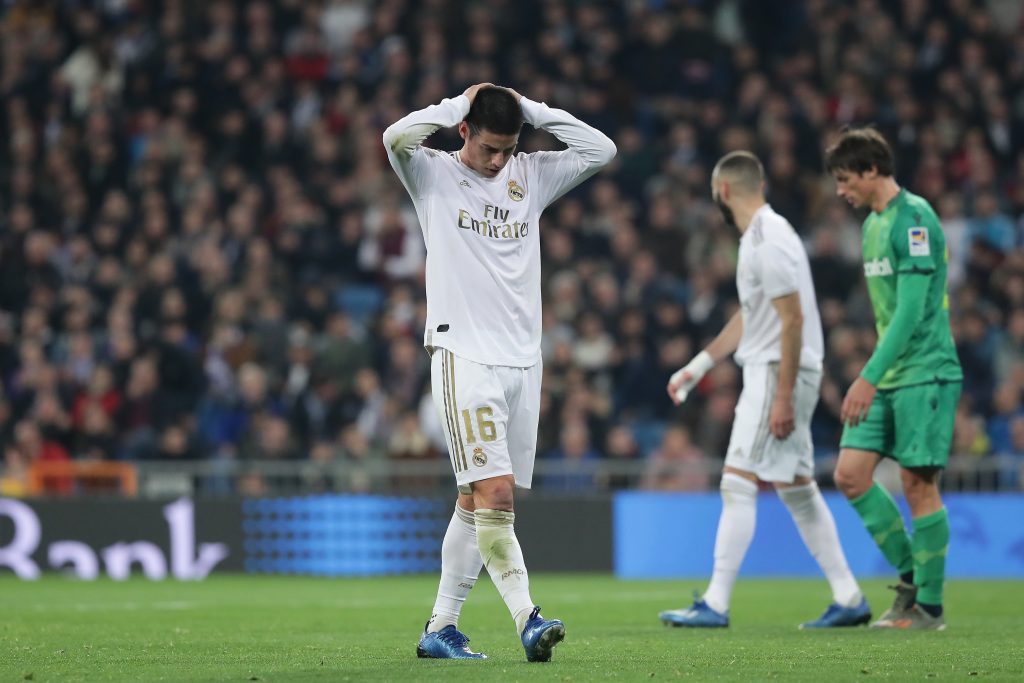 According to a recent report from Defensa Central, Everton and Wolverhampton Wanderers are interested in signing James Rodriguez from Real Madrid in the summer transfer window.

The report claims that the Colombian international has told his agent to find him a new club, and the news should come as a massive boost for both the Premier League clubs.

The La Liga giants want €50 million (£45.41 million) as transfer fee for Rodriguez, and both Everton and Wolves are reluctant to pay that amount at the moment. However, the Toffees should make his signing a priority in the summer.

The 76 times capped Colombia international would a superb signing for Everton and will take the club to another level. He has struggled for regular games under Zinedine Zidane, but no one can doubt his ability.

Everton need to bolster their attacking midfield options next season with the likes of Gylfi Sigurdsson failing to make an impact under Carlo Ancelotti.

The Italian boss has stated his ambition to bring European football at Goodison Park, and for that to happen he needs to sign quality players. Ancelotti knows Rodriguez very well having coached him during his time at Madrid.

Rodriguez can play as an attacking midfielder or as a winger and Everton must do everything to sign him. The Toffees should be looking to offload some of the players like Cenk Tosun, Yannick Bolasie, and Sigurdsson and free up the wages and space to fund a move for the Colombian.