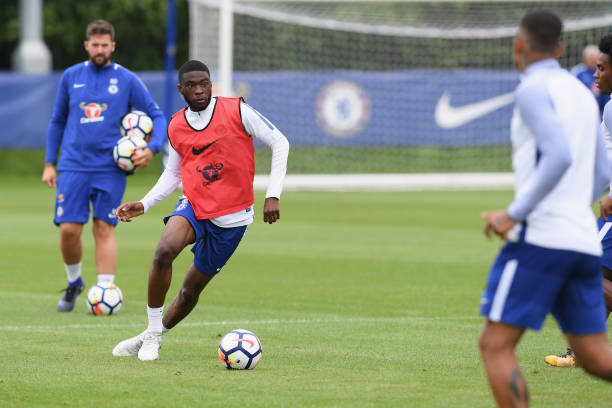 Chelsea manager Frank Lampard has dealt Everton a transfer blow after choosing to hold on to France international centre-back Kurt Zouma for the coming season.

Everton were keen to have him at Goodison Park again after an impressive loan stint last term, but that has since been ruled out.

However, Chelsea are willing to let another centre-back Fikayo Tomori go out on loan for the coming season, and Everton should snap him up.

The Stamford Bridge outfit are also willing to let go of the 21-year-old on a permanent basis for £20 million, and the Toffees could include the option to buy in a deal should he impress them.

Tomori was Lampard’s best player at Derby County last season, emerging as the club’s player of the year after featuring in 47 Championship games last term.

The England youth international also played in eight games across other competitions and is more than ready to prove himself in the English top-flight.

Tomori is a great tackler who can read the ball well and intercept, while he is also very comfortable on the ball and with it in his possession.

Everton need to boost their centre-back department with another quality player and the Chelsea academy graduate fits the bill to a tee.

The youngster will excel playing under manager Marco Silva’s system, and the Merseyside outfit should take a punt on such a hugely-talented defender.