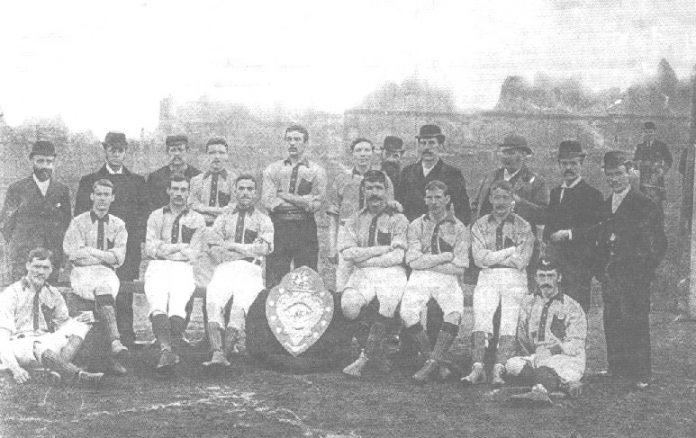 On this day in 1879, the first ever Birmingham Derby took place with Birmingham City winning 1-0 against Aston Villa.

Like many other football clubs of that era, the two clubs’ origins lie in cricket…and the church. Both were formed by members of cricket clubs who were looking for a recreational activity for the winter months.

Birmingham City were founded in 1875 as Small Heath Alliance by a cricket team based at the Holy Trinity Church in east Birmingham, while Aston Villa was formed in 1874 by four players of the Villa Cross Wesleyan Chapel cricket team.

The two sides met for the first time at Small Heath’s Muntz Street ground which the Villa players described as “only suitable for pot holing”. Unfortunately, the exact details of the showdown are now lost in the mists of time but Small Heath are said to have won by “one goal and a disputed goal to nil”.

Villa, however, won the first competitive clash between the two clubs. They met in 1887 in the second round of the FA Cup at Wellington Road which Villa won 4-0. The Villains also won the first league encounter against Small Heath in the 1894-95 season by 2-1.

Pictured above is the Small Heath team that won the inaugural Football League Second Division title in 1892-93.

On this day in 1994, Juventus beat Bulgarian club CSKA Sofia 5-1 in a UEFA Cup match with Fabrizio Ravanelli scoring all five goals. The Old Lady went all the way to the final that season only to lose against fellow Serie A Club Parma 2-1 on aggregate.