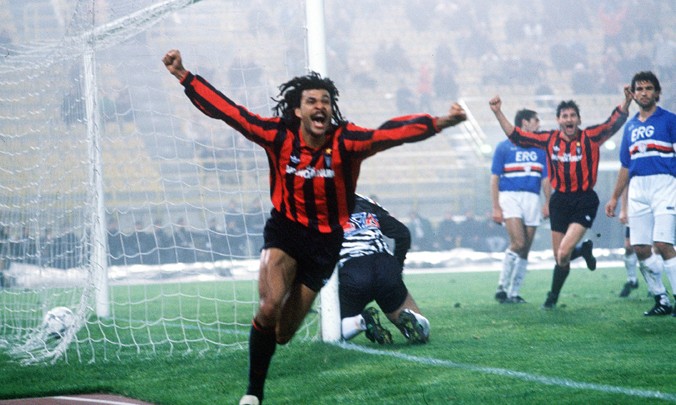 On this day in 1992, Chelsea midfielder Vinnie Jones set a new record in English football by getting booked after just three seconds in a game against Sheffield United.

Jones had a reputation for being a ‘hard man’ with little regards to discipline on the pitch. His aggressive approach became most famous during his time with Wimbledon with whom he won an FA Cup title.

The First Division tie against United, Jones former club, ended in a 2-1 defeat for Chelsea. “I must have been too high, too wild, too strong or too early, because, after three seconds, I could hardly have been too bloody late!” said Jones after the game.

On this day in 1987, AC Milan signed PSV Eindhoven superstar Ruud Gullit for a then record fee of £6 million.

The Dutchman had established himself as a world class attacker at Eindhoven having led the club to two consecutive Eredivisie titles and winning the Dutch Footballer of the Year award two years in a row.

Milan tasted almost instant success after Gullit’s arrival. Together with his compatriots, Marco van Basten and Frank Rijkaard, Gullit helped Milan win the Serie A title after a nine-year drought. The former Eindhoven man won two more league titles and two consecutive European Cups with the Rossoneri before departing for Sampdoria in 1993.