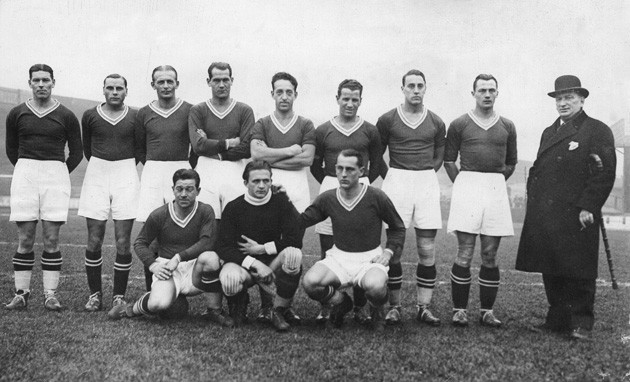 On this day in 1912, the great Hugo Meisl debuted as the manager of the Austrian national team.

Born in Malesov in Bohemia, Meisl masterminded a 3-1 victory over Italy in Genoa which paved the way for a very successful era for Austria in international football. Meisl’s career started out as a bank clerk in Vienna but he soon developed a keen interest in football. This led to working as an administrator with the Austrian Football Association where he eventually ended up being the General Secretary.

Meisl also refereed in matches, most notably in a game between Hungary and England in 1908 and in the 1912 Olympic Games in Stockholm. His influence and enthusiasm for the sport resulted in the formation of several cup and league tournaments in Central Europe. He also developed a friendship with Italy’s two-time World Cup winning coach Vittorio Pozzo and Arsenal’s legendary manager Herbert Chapman in later years. Jimmy Hogan, an English coach working in Vienna, would later work with Meisl for the Austrian national side.

The Austrian ‘Wunderteam’ was born in the late 1920s and 1930s as a direct result of Meisl’s meticulous coaching. Led by the talismanic Matthias Sindelar, the Austrians inflicted heavy defeats against their opponents, 8-1 against Hungary and 6-0 against Germany are just two examples.

Meisl guided Austria to the semi-final of the 1934 World Cup where they lost to eventual winners Italy. The two sides met again in the final of the 1936 Olympics in Berlin where the Italians prevailed once again. Meisl was only 55-years-old when he passed away in 1937 due to heart attack.