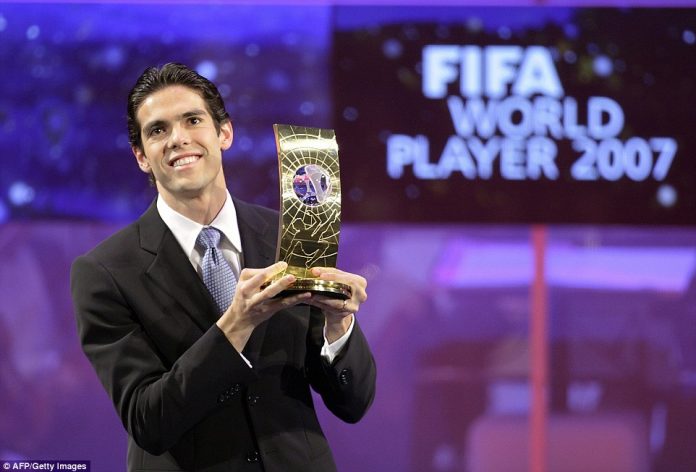 On this day in 2007, Brazilians Kaka and Marta won both the FIFA Men’s and Women’s World Player of the Year awards, respectively.

It was the first time in the history of the awards that both the honours went to players of the same nationality.

Kaka, then of Serie A giants AC Milan, had a stellar 2006-07 campaign in which he helped the club win the UEFA Champions League after finishing as the tournament’s top goal scorer with 10 goals. The Rossoneri beat Liverpool 2-1 in the final at the Olympic Stadium in Athens. Kaka beat off competition from Barcelona’s Lionel Messi and Manchester United’s Cristiano Ronaldo who finished second and third on the final standings, respectively.

Meanwhile, Kaka’s compatriot, Marta, helped her club Umea IK of Sweden win the double – the league and the Swedish Cup. She also guided Umea to the final of the UEFA Cup but the Swedish side lost 1-0 to Arsenal Ladies. This was Marta’s second World Player of the Year award in a row as she beat Germany’s World Cup-winning captain Birgit Prinz for the top honour.

If that was not enough, FIFA also awarded the 2007 Presidential Award to Pele to complete a clean sweep for the South American nation.